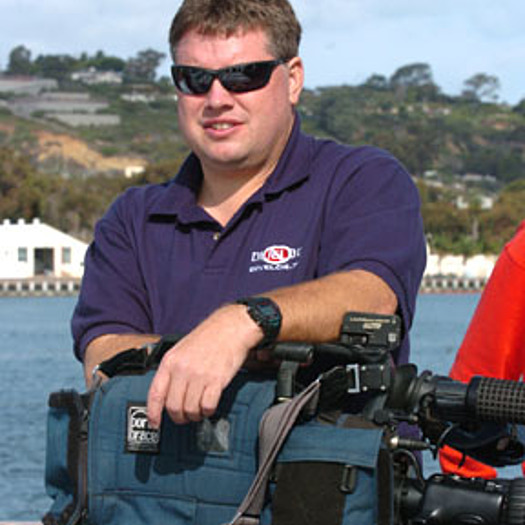 Rick Allen, co-founder of Nautilus Productions, broadcast video producer and videographer has been producing documentaries and shooting video since 1983. As a video producer, director and videographer his work has appeared on ABC, A&E, BBC, CBS, Discovery, TLC, National Geographic, 48 Hours, ESPN, Lifetime, Turner and more. He has followed SWAT teams through the door on drug busts, traveled from Cuba to Kazakhstan with the 82nd Airborne, weathered live broadcasts during hurricanes, hurricanes, gone nose to nose with 14 foot Great White sharks during underwater expeditions and is the project videographer on the Blackbeard Shipwreck Project. After 12 years in broadcast television Allen opened his own video production company in 1997 focused on documentary production as well as providing freelance videography and underwater video services to broadcast clients. Allen is an avid wreck diver and shark lover who can be found most weekends diving the Graveyard of the Atlantic.