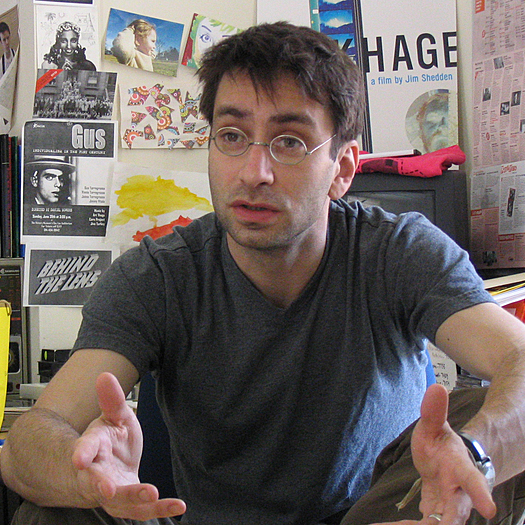 Mike Steinberg holds "dual director positions" with two fine institutions, the Webster University Film Series, an internationally recognized, year-round film series which showcases the best in foreign, experimental, classic and American independent cinema; and the Big Sky Documentary Film Festival in Missoula Montana, the premiere venue for non-fiction film in the American West. Steinberg's recent production credits include How It Is With Phooie, a personal film about his father; Stan Kann: The Happiest Man In The World, about the Theater Organist/ Entertainer/ Vacuum Cleaner Aficionado, Stan Kann; and This Means Something, a 45-minute film about the meaning of life. He has worked with numerous film festivals and his own films have earned placement in national film festivals, including AFI/Discoveryâ€™s Silverdocs, Big Sky Documentary Film Festival, The Independent Film Festival, Big Muddy Film Festival, The St Louis International, and The Texas Film Festival. Additionally, his work has been screened at Midtown Arts Center, The Fabulous Fox Theatre, Chicagoâ€™s Navy Pier, Washington University, and The Slumdance Film Festival in Park City, Utah. He has taught and lectured at Webster University, St. Louis Community College, the University of Montana, the Center of Contemporary Arts and at the College of Languages in Lodz, Poland. He and his stunning wife Lulu, and their two daughters Vivi and Ella live in Missoula, MT - just about the best town in the world...outside Malpolska.
To see Mike Steinberg's full profile (including skills, experience and contact information), you'll need to be logged in as a Professional.
Join or Log in