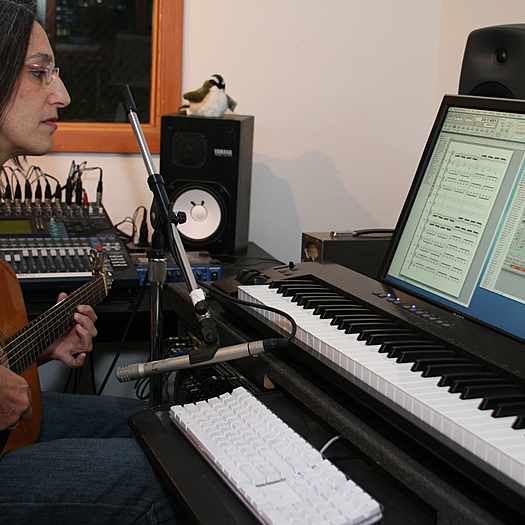 Emmy nominated Composer, Miriam Cutler has an extensive background in scoring for independent film & TV projects, as well as two circuses. In June, 2013, Miriam joined the Documentary Branch of the Academy of Motion Picture Arts and Sciences and currently serves on the Branch Executive Committee. In 2014 she was also invited to represent Documentary Film abroad for the US State Department's Program, American Film Showcase. She has also been Composer in Residence at Columbia College of the Arts, taught a semester at California Institute of the Arts, and overseas at the Hollywood Music Workshop in Vienna. She’s presented workshops at USC, UCLA, Chapman College, Berklee College of Music and internationally in Iceland, Borneo, Georgia, Austria, Spain, Germany.

Cutler wrote the scores for RBG and Dark Money which both premiered at Sundance 2017 and Love, Gilda which premiered at Tribeca 2018. All three films had theatrical releases with RBG garnering box office as one of the highest earning documentaries ever. RBG was nominated for an Oscar in 2019. Other highlights include BAFTA nominated Lost In La Mancha, Emmy winners One Last Hug, Vito, Ghosts of Abu Ghraib, Sundance Special Doc Jury Prize winners American Promise and License To Kill, and the Oscar-nominated shorts Poster Girl and Kings Point. Upcoming releases include: Flannery (O’Connor), Not Carol, Emily on the Edge of Chaos, and festival favorite, Gloria’s Call.

Miriam Co-Produced as well as scored Dark Money (PBS) and One Lucky Elephant (OWN). She has served as Lab Advisor for the Sundance Institute Documentary Composers Lab since it began in 2003, as well as on documentary juries for the Sundance Film Festival, Independent Spirit Awards, International Documentary Association Awards, and American Film Institute's Film Festival Awards. Cutler serves on the Executive Committee of the Music Branch of the TV Academy and has been a long-time Society of Composers and Lyricists Board member. She has also co-produced two Grammy-nominated live jazz albums on PolyGram/Verve for Joe Williams, and albums for Nina Simone, Shirley Horn, and Marlena Shaw as well as independently released albums of her own songs and soundtracks. Miriam Cutler recently released a compilation album from 18 of her film scores, available from Movie Score Media: http://moviescoremedia.com/film-music-miriam-cutler/.