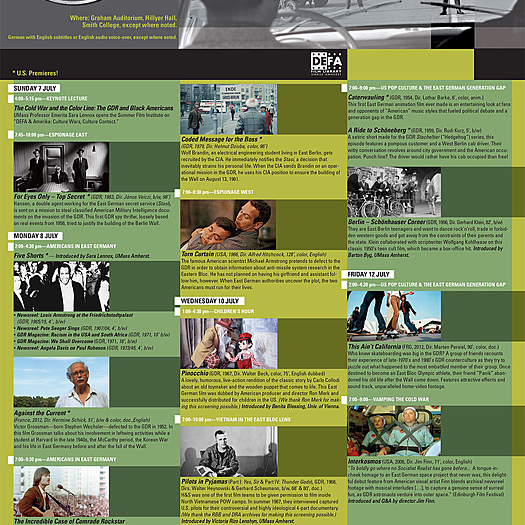 A contre-courant (Against the current) english/german documentary, 51 minutes. Against the current shows how Victor Grossman defected to the German Democratic Republic in 1952. We hear about his involvment in leftist activities while a student at Havard in the late 4Oies, the McCarthy period, the Korean War and his life in East Germany before and after the fall of the wall.

Phoning in the Park,documentary 15 minutes. Campaigning for the presidential election 2004 in Central Park, New York  and in front of the "Liberty of expression" monument.