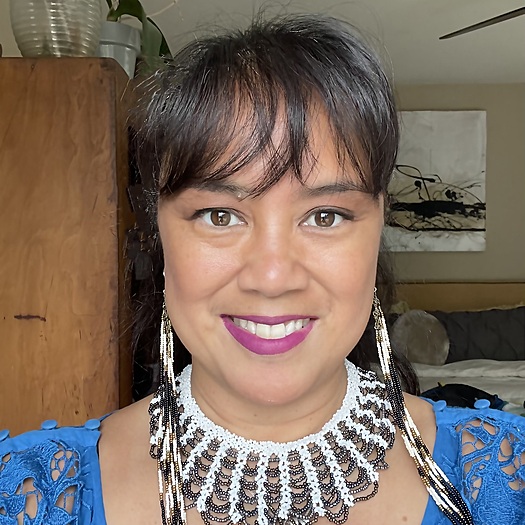 Maximina Juson is a filmmaker and founder of HUMovies, a film/video production company based in Los Angeles. She is currently directing One Person, One Vote? (one of only two films nationally to have been awarded an NEH-production spring 2021), a film that explores the Electoral College and how slavery and race shaped the electoral process. Maximina Juson is Consulting Producer for Mama Bears, a documentary exploring the transformative experience of conservative, Christian mothers who decide to accept their LGBTQ children which premiered at SXSW in 2022 —a short version of the film was commissioned by the ACLU and won an Emmy for 2019 Outstanding Documentary Short and two Webby Awards. In 2018, she produced  Harlem Rising on behalf of The Harlem Children’s Zone. The documentary, drawing upon 30 years of archival footage, is a history of the organization’s efforts to “break the cycle of generational poverty” for Harlem families. She was also recently tapped to produce a video web series for The Washtenaw ID Project, an organization that helps disenfranchised communities and individuals obtain a valid government-issued ID in Washtenaw County, Michigan.