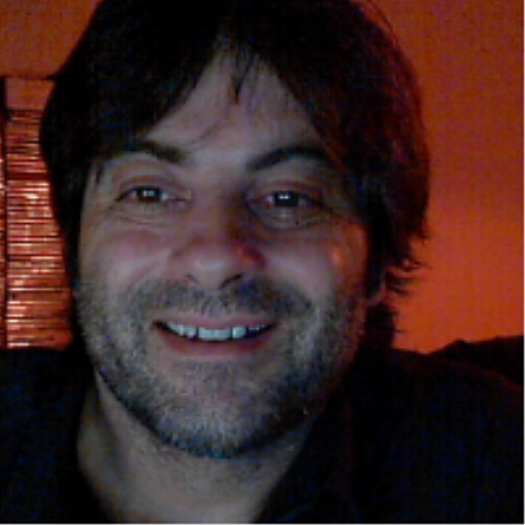 I am an Italian filmmaker and lecturer living in South Wales since 2002. MA Film in 2004 at Newport Film School, now part of University of South Wales, where I have been a regular visiting lecturer since October 2004. I am course leader for A Level Film Studies in a Further Education college in South Wales since the same year.  Still in 2004, I produced and directed "Carmen", a Welsh/Italian short film drama co-production shot in Southern Italy starring Cristina Donadio ("Gomorrah"). In 2007 my first feature film script won me a place at Ekran, European Training Programme for Film Professionals, at the Wajda Studio, in Warsaw, Poland. Since then I developed a project for a poetic film called "Muse", and made a 20 minutes version of it, which was screened at Berlin International Directors' Lounge and Sofia International Film Festival in 2011. Since 2012, while filming the creative documentary "The Shaman of Rust", I have been involved in making community films mainly with local artists and performers, including a promo for Edinburgh Fringe Festival; a series of promo videos filmed with teenagers for Green Man Festival 2013 and 2014; a 30 minutes research poetic documentary road movie from Wales to my home birth in Southern Italy called "A Sense of Space"; a 30 minutes documentary called "The volunteer stories" commissioned by the Voluntary Service Overseas (VSO) about Welsh VSO witnesses over 55 years of VSO telling experiences and stories during their service, completed in 2014. In the summer of 2015 I premiered THE SHAMAN OF RUST at an event in Newport, where the documentary is set. It was an event organised by local independent artists for the community. Since then, the documentary was screened in another two events locally (a public library and a community centre), in a university (public) and in a college for Further Education (internal staff and students). An event/theatrical screening at Cineworld Cardiff was organised with BAFTA Wales and Documentary Wales.