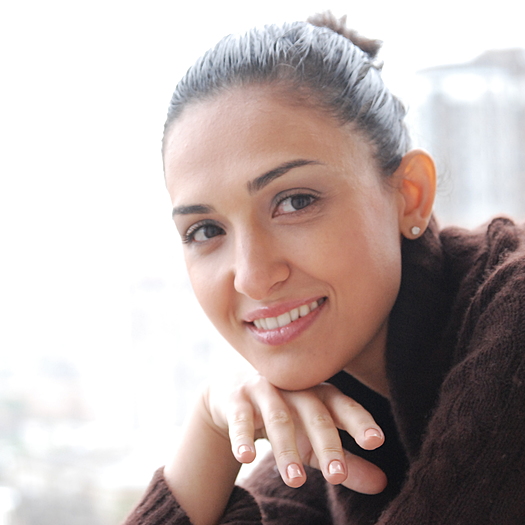 Award-winning filmmaker Maria Ibrahimova made her debut film, the documentary Miss GULAG, with support from the Sundance Institute and the Ford Foundation. The film premiered at the Berlin International Film Festival and traveled the world to more than 40 international festivals. It was later shown on the BBC, many channels in Europe and the United States. It is currently available on iTunes and other online platforms. Awarded a Fulbright from the US State Department to pursue a documentary project on land-mines in Azerbaijan, she started her own production company Cinex Productions in Baku.

Maria made her debut narrative short film Letter to God. Called “A poignant tour of the Azerbaijani capital’s Old City — in 17 minutes” by The Washington Post, the film won an Audience Award at the DC Shorts International Film Festival in Washington DC. It went on to more than 40 festivals to date winning six more awards for writing, directing, acting, and best debut short.

Her work as a producer includes a project called Women in Motion – funded by the US Embassy – that gives the opportunity to aspiring female directors in Azerbaijan to write and direct their first short films. Three of these films are currently in post-production. A documentary she Associate Produced last year, Joe’s Violin – the story of a Holocaust survivor who donates his violin to a 12-year old girl in the Bronx – was nominated for the 2016 Academy Awards.

Currently she is in pre-production on her first feature film, Night Tide, with Azerbaijani director Ismail Safarali. The project has won two pitching competitions in Russia and has garnered the support and co-production of Russian producer Alexander Rodnyanski (Loveless, Leviathan, Elena, Stalingrad, East/West etc.) and his company Non-Stop Production as well as the Russian Ministry of Culture. Night Tide was selected as one of 6 projects to participate in the Midpoint Intensive script development program at the Karlovy Vary International Film Festival in July 2017. This program was led by script experts from the Sundance Institute: Emmy-Award winning writer/producer Erik Jendresen, and Academy-Award nominated writer/producer Naomi Foner. Night Tide was also one of 10 projects to be selected to pitch at the East/West co-production market at the Cottbus Film Festival in Germany, November 2017. Principal photography for Night Tide is slated to begin in May 2018.