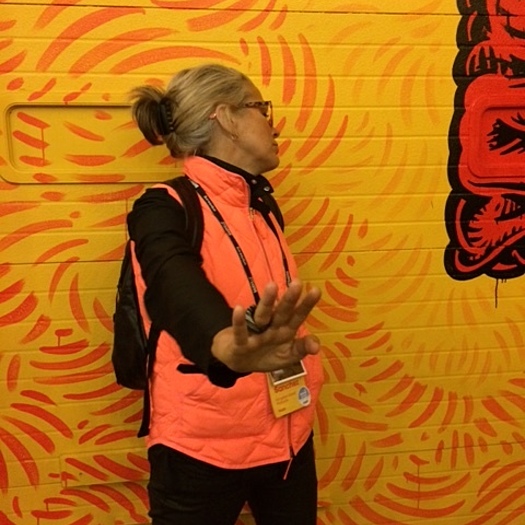 Jody is the President of Pointy Shoe Productions, a documentary film company with a silly name that focuses on serious subjects sometimes.

Jody spent 17 years in network television. At ABC News. she covered religion, culture and education for ABC World News Tonight with Peter Jennings as well as filing stories for ABC Nightline. Prior to ABC News, Jody traveled the globe with CNN.

As CNN's State Department producer covering Secretary of State Madeleine Albright, she reported from Mongolia one week and a refugee camp in Macedonia the next. She was part of the CNN team that won an Emmy award for breaking news coverage of the Oklahoma City bombing and the ABC team that won an Emmy for 9/11 coverage.

A native Cape Codder, Jody lives in the Washington, DC area with her husband George, a talented photographer and their son who was born in Kazakhstan.

To see Jody Hassett Sanchez's full profile (including skills, experience and contact information), you'll need to be logged in as a Professional.
Join or Log in