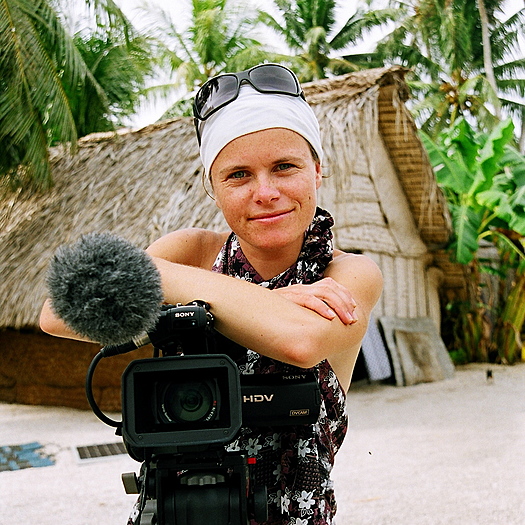 Briar is a documentary filmmaker and Fulbright scholar from New Zealand. Fascinated by polarizing and colorful subject matter, and angered by environmental and human rights issues her films are diverse in style, but consistently grounded in a passionate desire to communicate. In her hour length documentary, Allie Eagle and Me, Briar appears on-screen questioning the veteran artist Allie Eagle on her astonishing journey from lesbian separatism to celibate Christianity. The film has been broadcast on New Zealand television and screened at a number of significant festivals worldwide. There Once was an Island, Briarâ€™s current project is a feature documentary on climate change. Partly funded by PBS, the film follows three Pacific islanders in Papua New Guinea as they consider leaving their homeland and culture forever. In addition to her own practice, Briar has worked closely with award winning filmmaker Annie Goldson. She has directed several music videos, magazine shows, and commercials and has her own production company, On the Level Productions. She is currently based in California and studying an MFA in Documentary Film and Video at Stanford University.
To see Briar March's full profile (including skills, experience and contact information), you'll need to be logged in as a Professional.
Join or Log in