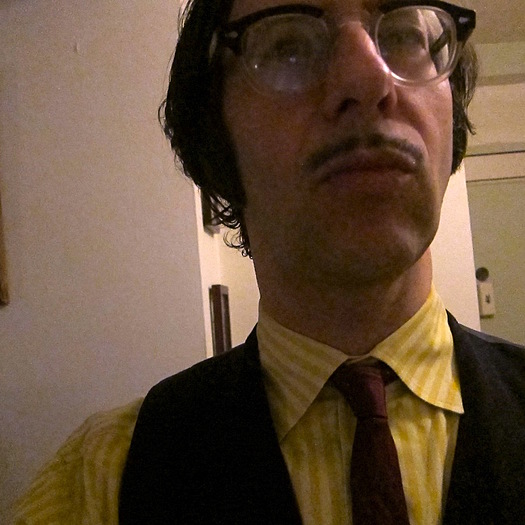 Jeffrey Wengrofsky directs and produces short films with the Syndicate of Human Image Traffickers and long-form films with Human Features Film, LLC. Over the past three years, he’s created four film festivals: Secrets of the Deep, Secrets of the Insect World, Secrets of the Intoxicated Life, and Secrets of the Heart. He has taught at New York University, The New School, and Rutgers University, and has served on the staffs of Aperture Photography Magazine, Coilhouse Magazine, and Constellations: An International Journal of Critical and Democratic Theory. Wengrofsky's words have also appeared in the pages of the Berkeley Journal of Sociology, Maximumrocknroll, New Political Science, PS: Politics and Policy, the Soho Weekly News, and elsewhere in the world of letters. Wengrofsky has also hosted Gift Horse: Inside New York Art, a weekly podcast series about the creative process, out of Radio Initiativa (Lviv, Ukraine). He is now directing The Song of Hiawatha: A Trip in the American Counterculture, his first feature film.