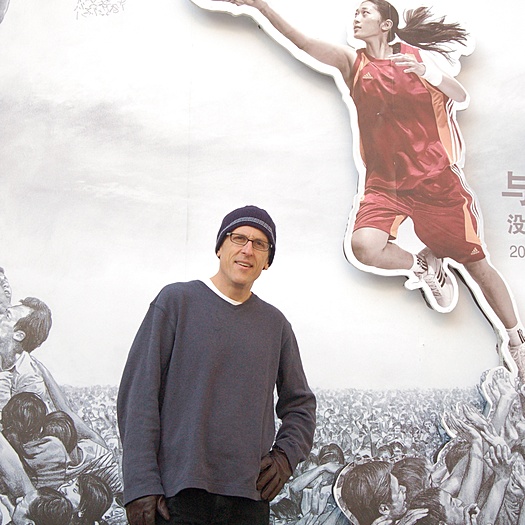 In 2017, Lennon completed Knife Skills, a film about  a high-end French restaurant staffed almost entirely by men and women with criminal records, which was nominated for an Academy Award.  While working on this film, he was also directing Sacred, a sweeping global documentary that explores the role of prayer and ritual in daily life, drawing on the contributions of over 40 filmmaking teams from around the world. Sacred premiered at the Tokyo Film Festival in November 2016 and has to date been invited to more than 25 international festivals.  It aired on PBS in 2018.

Lennon, in partnership with Ruby Yang, made a trilogy of films set in China, including The Blood of Yingzhou District, which won an Oscar in 2007, and The Warriors of Qiugang, nominated for an Oscar in 2011. This film follows a farmer’s multi-year campaign to halt the poisoning of his village’s water and land; two weeks after the film’s nomination, the local authorities announced a massive multi-year cleanup of the toxic site, one that continues to this day. He and Yang founded the China AIDS Media Project; their groundbreaking AIDS awareness messages were seen over a billion times on Chinese television and the Internet, probably the largest AIDS campaign ever conducted anywhere in the world. This work earned them profiles in the Washington Post, the San Francisco Chronicle, the LA Times and on PBS.

In 2003, Lennon was series producer and lead writer of Becoming American, a six-hour PBS series with Bill Moyers that traced Chinese immigration from the early 19th century to the present-day.  “A model documentary that gets almost everything right,” wrote the New York Times. The series earned four Emmy nominations.

More than ten million viewers -- double the PBS prime-time average -- tuned in to the 1998 premiere of Lennon’s The Irish in America: Long Journey Home.  “The filmmaker is a consummate storyteller,” wrote The Boston Globe; the work “looks and sounds like a labor of love,” said The New York Times. Rated among the year’s ten best by TV Guide, the series garnered, again, four Emmy nominations, and its companion CD won the Grammy for best folk album of the year.

Lennon’s The Battle over Citizen Kane (1996) was featured at the Sundance and Berlin film festivals among many others – “a two-hour tornado of a documentary,” according to Time Magazine. After the film’s nomination for an Oscar, Ridley Scott’s production company adapted it as an HBO dramatic film, starring John Malkovich and Liev Schreiber.  Lennon also directed numerous films for the major contemporary and historical strands on public television, Frontline and The American Experience.

Lennon learned his craft working in the Close-up Division of ABC News, with assignments in the Soviet Union, South America and the Middle East.  Despite a lifetime of earnest achievement, Thomas Lennon is still occasionally confused with the comic actor and writer with the same name --famous for his spandex hot-pants -- and twice has had to send back large royalty checks.