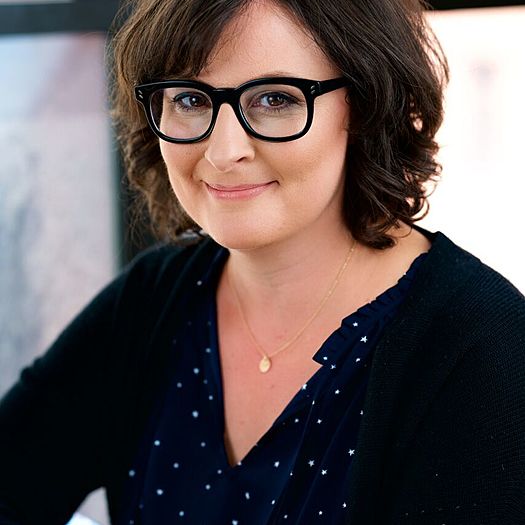 Kirsten Kelly is an Emmy-winning documentary filmmaker who lives in Brooklyn, New York. She is also Senior Producer at Transform Films and Odyssey Impact. Upcoming independent projects include The Girl With The Rivet Gun, an animated short doc on Rosie the Riveter; This Is The House Where I Learned Not To Sleep, a feature doc about men who have grown up in households of domestic violence to be released 2021. Projects for Transform include Healing the Healers, a doc series featuring faith leaders who've experienced and led communities through the aftermath of mass trauma; and Stranger/Sister, which examines the movement of Muslim and Jewish women who are banding together to combat the rise in hate in the U.S. Her most recent feature film, The Homestretch, won a 2015 News & Documentary Emmy and was broadcast on Independent Lens in April 2015 as part of CPB's American Graduate Initiative. It has had over 800 nationwide screenings during their extensive impact campaign. In conjunction with long-time film partner Anne de Mare, her documentary film work has been supported by The MacArthur Foundation, Sundance Institute, Independent Television Service, Corporation for Public Broadcasting’s American Graduate Initiative, Chicken & Egg Pictures, The W.K. Kellogg Foundation, The Michigan Humanities Council, The Michigan Arts Council, and The Philip and Cheryl Milstein Foundation (among others). Kirsten is also an arts educator and is the director and co-creator of “CPS Shakespeare,” a highly acclaimed program that works with Chicago Public High School students at the Chicago Shakespeare Theater, which was awarded the President’s 2014 National Arts and Humanities Youth Program Award by Michelle Obama at the White House. She has been a guest teacher and speaker in universities and public schools across the nation - leading workshops on film, theater, Shakespeare and performance skills (full list of presentations and workshops available). Her first feature documentary, Asparagus! Stalking the American Life, about farmers in rural western Michigan, premiered at the Full Frame Documentary Film Festival in 2006 and went on to win Best Documentary and Audience Choice awards across the country before broadcasting regionally on PBS.   Kirsten brings the unique storytelling sensibility of a theatre background to their film work and has developed many original projects from idea to completion in both film and theater. Her and film partner, Anne, share a deep commitment to projects that celebrate the transformative power of the human spirit, where the individual experience illuminates the face of society as a whole. Kirsten is a also two-time Helen Hayes nominated best theatre director and has directed award-winning theater productions in Chicago, Washington DC and off-Broadway in New York City. Kirsten is a graduate of Juilliard’s Master Directing program.