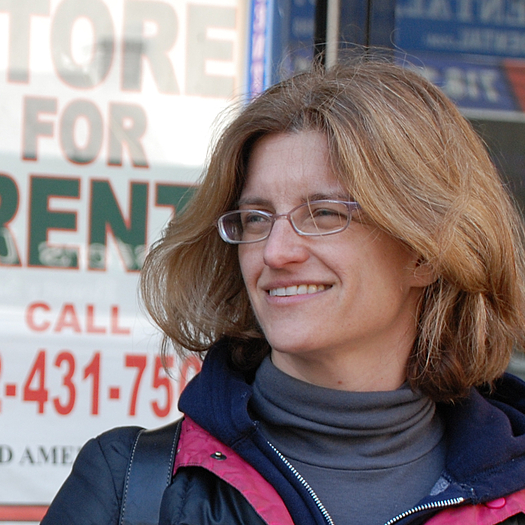 Kelly Anderson's most recent films are UNSTUCK: an OCD kids movie and My Brooklyn, a documentary about gentrification and the redevelopment of Downtown Brooklyn. My Brooklyn premiered at the 2012 Brooklyn Film Festival, where it won the Audience Award for documentary, and it was broadcast on the PBS World series America ReFramed. Her other work includes Never Enough, a documentary about clutter, collecting and Americans' relationships with their stuff, and Every Mother’s Son, a documentary she made with Tami Gold about mothers whose children have been killed by police officers and who have become national spokespeople on police reform. Every Mother’s Son won the Audience Award at the Tribeca Film Festival, aired on POV, and was nominated for a national Emmy for Directing. Kelly's other documentaries include Out At Work (also with Tami Gold), which screened at the Sundance Film Festival and was broadcast on HBO. She is the author (with Martin Lucas) of Documentary Voice & Vision: a creative approach to non-fiction media production (Focal Press, 2016). Kelly is a recipient of the George C. Stoney Award for Outstanding Documentary Work, presented by the University Film and Video Association. She is a Professor in the Department of Film and Media Studies at Hunter College, where she also teaches in the department's MFA program in Integrated Media Arts (IMA).