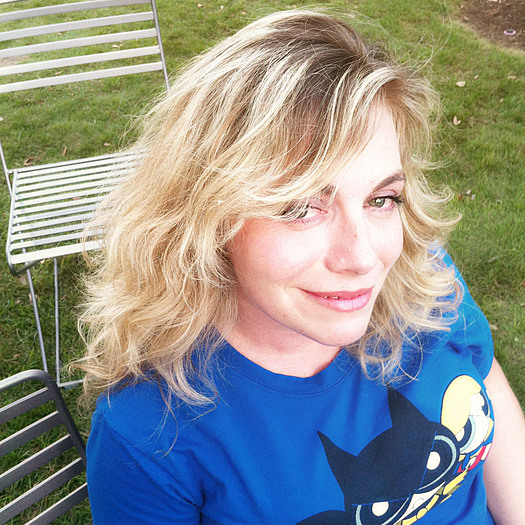 Hi, I used to work in Programming at ITVS. I considered myself one of the pixels that make up the ITVS logo on the screen. I coached filmmakers on how to apply, and I gave feedback on projects in production. I've evaluated over 1,000 proposals -- for reals, they keep stats on that stuff. Films that I'm proud to have pushed pixels for include Belarusian Waltz, The English Surgeon, The Judge and the General, Last Train Home, and My Perestroika. I was also on the curating team for Independent Lens. Before ITVS, I worked at BAVC, and I count myself blessed for the time I managed fiscal sponsorship for Garret Scott. He was one of the sweetest filmmakers I've ever known, and there's a soft spot in my heart for every filmmaker who wins the Garrett Scott Development Grant. These days, I live in San Antonio, a bit sidelined by being a new parent to two wee ones. I write doc reviews for the SA Current, and I screen docs for top-tier festivals that make me sign confidentiality agreements. But, my passion has been with web docs since I worked at BAVC, and two sponsors were web-based projects. At ITVS, I became a huge fan of IDFA Doclab and NFB, and it's been a thrill to watch the art and practice evolve in the U.S. I'm hoping to land a gig in this realm next.
To see Joy-Marie Scott's full profile (including skills, experience and contact information), you'll need to be logged in as a Professional.
Join or Log in