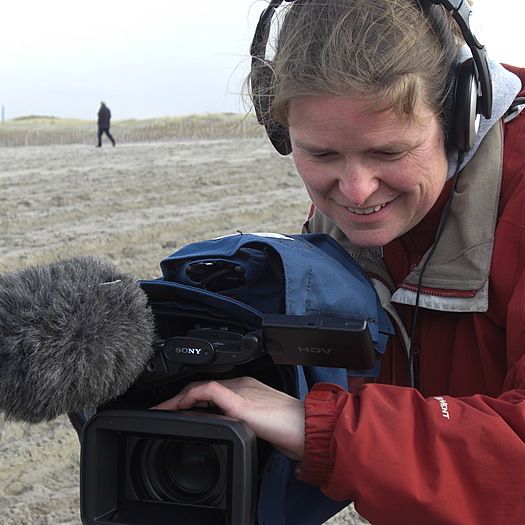 Joshka Wessels is a well-travelled Dutch geographer and camera journalist who produces human interest and environmental tv programmes. She specialises in water films but has also done work on rainforests, timbertrade, HIV/AIDS and sanitation. After years of travelling and working in development amongst others in Haiti, Sudan, Yemen and Syria, she started to work as a freelance filmmaker in the UK in 2002 and established her company â€œSapiens Productionsâ€. Since then, her films have been broadcast worldwide. She has been educated both in Hilversum as a broadcast trainee and at Leiden University (Netherlands) where she obtained her Masters of Arts in Visual Anthropology in 1996. From 1997 until 2002 she worked as a Junior Expert for the Dutch Ministry of Foreign Affairs (DGIS). She has finished her PhD in Development Studies for the University of Amsterdam and defended her thesis in May 2008. Innovatively using video techology, she investigated how to restore and renovate traditional water tunnels in Syria working together with local people.
To see Joshka Wessels's full profile (including skills, experience and contact information), you'll need to be logged in as a Professional.
Join or Log in