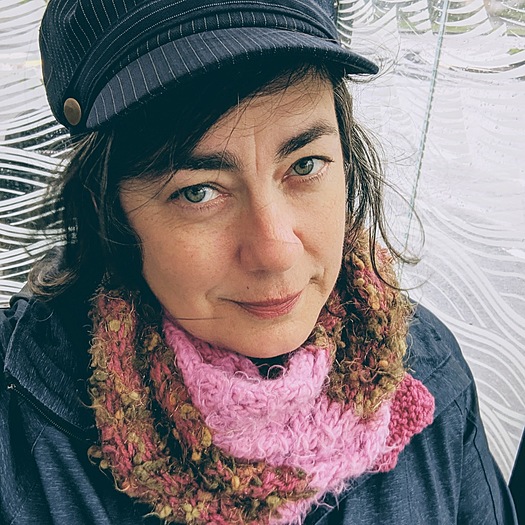 Jill Freidberg lives in Seattle, where she has been producing, directing, and editing documentary films, educational programming, advocacy media, and public affairs radio for 20 years. Freidberg's work includes six feature-length documentaries, three national PBS series, and countless documentary shorts. She edited the award-winning documentary Sweet Crude, the PBS series Meaning of Food; and the independent media collaboration, This is What Democracy Looks Like. Between 2003 and 2007, Freidberg worked primarily in southern Mexico, producing, directing, and editing the two award-winning documentaries A Little Bit of So Much Truth and Granito de Arena. Both films won numerous festival awards and screened in over 50 countries.

Freidberg has worked in community radio for 18 years. Since 1998, she has hosted the weekly Latin music show "Sabor," for KBCS 91.3 FM in Seattle. She also produces public affairs programming for KBCS' weekly One World Report, and for national public affairs programs like Free Speech Radio News and the National Radio Project. She has reported from Mexico, for Democracy Now!, on multiple occasions, and has been interviewed on numerous NPR and community radio stations that include: WBEZ, KPFA, KPFK, KUOW, KBOO, and WORT.

Freidberg teaches media production and digital storytelling in the Media and Communication Studies program at University of Washington Bothell. Before coming to UW, she taught in the Film and Video Communications program at Seattle Central Community College, instructing second-year students in directing, production, story development, writing, and editing. She also mentors for Reel Grrls, teaching media production and media literacy to girls between the ages of 12 and 18. Freidberg has guest lectured, by invitation, at numerous colleges and universities including: University of Washington, University of California-Santa Barbara, Fordham, Rutgers, University of Texas-Austin, Evergreen State College, The National Autonomous University of Mexico (UNAM), The School of the Art Institute of Chicago, the Harvard Graduate School of Education, and University of British Columbia.

Freidberg is fully bilingual in English and Spanish. She has translated several documentaries from Spanish to English, including A Little Bit of So Much Truth and Granito de Arena, and has subtitled numerous films and videos.

Freidberg received a BA in Cultural Anthropology from the University of Oregon (1990) and a Certificate of Excellence in Film Production from the Vancouver Film School (1994).