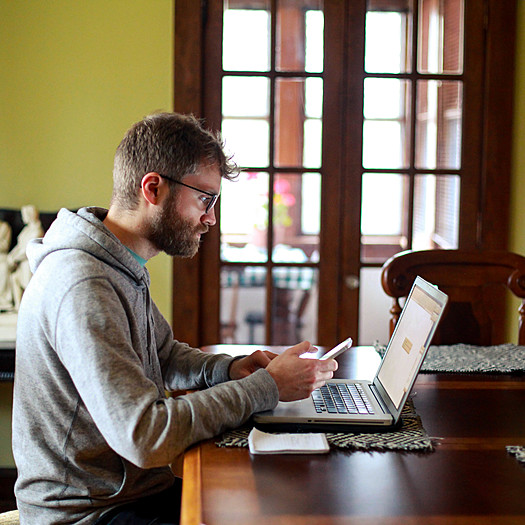 Levine is an Emmy award-winning filmmaker and Sundance Institute fellow whose work has been screened in dozens of film festivals around the world, broadcast nationally in six countries, and recognized with several awards for production, reporting, and human rights. He produced/edited Good Fortune, a feature documentary about how efforts to aid Africa may be undermining the very communities they aim to serve. The film was awarded the Witness Award for Human Rights at its 2009 Silverdocs Film Festival premiere, the 2010 Overseas Press Club Carl Spielvogel Award for international reporting, and a 2007 grant from the Sundance Institute. Good Fortune was broadcast on the award-winning PBS series, POV, where it won a 2010 Emmy. He directed/produced/edited Walking the Line, a feature documentary about vigilantes along the U.S.-Mexico border and worked as an additional editor on Everything’s Cool, a feature on global warming that premiered at the Sundance Film Festival. He has also field produced for National Geographic and produced segments on education for PBS NewsHour. In 2014, Levine directed/produced “Am I Next,” a short film about a teenager navigating the protests on the streets of Ferguson for Time. The short was also featured on Upworthy and Dazed Magazine and selected as a Vimeo Staff pick, with over 500K combined views.

Levine received a degree in Documentary Production from the Park School of Communications at Ithaca College, where his work was nominated for a Student Academy Award. He lives in Brooklyn, NY and co-founded the Brooklyn Filmmakers Collective, a not-for-profit organization that provides support to independent filmmakers in New York City. He launched Transient Pictures with Landon Van Soest in the fall of 2005, which has produced a wide range of original content for effective non-profits like the Lincoln Center, the Dramatists Guild Fund, and United States Artists, international companies like 23&Me, Brooklyn Brewery, and Ben & Jerry’s, and major broadcasters like ABC, National Geographic Channel, and PBS. He is currently co-directing the feature documentary For Ahkeem, a coming-of-age story of a Black teenager in St. Louis trying to maker a better life for herself and her son.