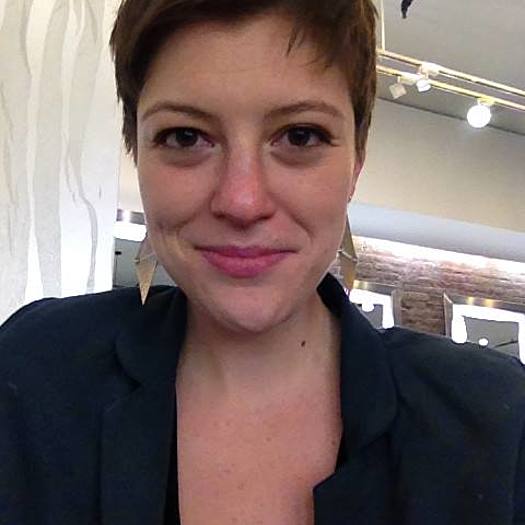 Jamie Dobie is Program Director at Peace is Loud, a non-profit organization that uses media and live events to amplify the voices of women peacebuilders, internationally. She believes in the power of visual storytelling to inspire reflection, dialogue and change in the lives of audiences. Jamie oversees outreach and audience engagement campaigns for the organization’s media projects, including the global screenings series for Women,War & Peace and the outreach campaign around The Trials of Spring multimedia initiative.

Prior to joining Peace is Loud, Jamie was community engagement and education manager for PBS’ documentary series POV, where she managed social issue campaigns for 40+ documentary films and created accompanying educational content.

She has worked in various capacities on many film productions in Ghana and the U.S., most notably with filmmaker Margaret Brown, and worked in Doha, Qatar where she was part of the team that launched Northwestern University’s film and journalism satellite campus. Jamie has also worked in the exhibition department at the Field Museum of Natural History in Chicago and the education and cinema programming departments at the Block Museum of Art.

Jamie is on the grants advisory committee of the New York Women’s Foundation and the screening committee of the Tribeca Film Festival. Jamie also plays French horn in a number of community orchestras throughout New York City. She is a graduate of Northwestern University.

She is in production on her directorial debut, DOLLY, a feature-length documentary film about a three-year old archery prodigy in VIjayawada, India.