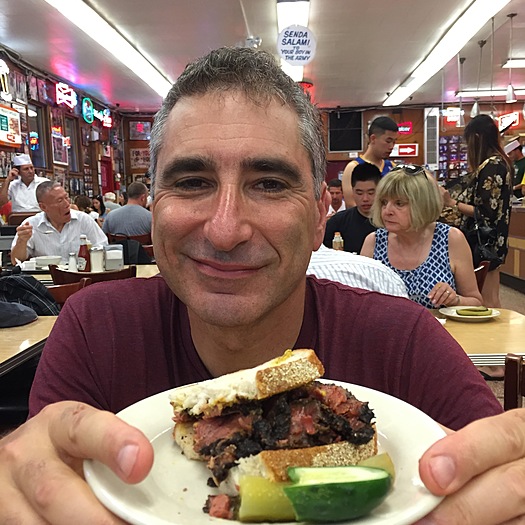 Jonathan Berman is a film producer, director, writer and editor whose non-fiction work explores subculture and identity, bringing unknown and lesser-known stories to tens of millions of people through film, television and the Internet.

His work has received the support of the National Endowment of the Arts, Humanities Councils in NY and California, the Jerome Foundation, ITVS, NYSCA, and many other 501C3 organizations.

His film "Commune," (2006) explores a legendary 1960’s California commune who ultimately discover that utopia is a process, not a destination. “Commune,” opened numerous excellent festivals (Munich, Jerusalem, Karlovy Vary), played on TV (Sundance Channel, BBC, others worldwide), and received rave reviews from the NY Times, Variety, and other publications. The film features Peter Coyote and other communards of past and present. DVD is available from First Run Features.

"My Friend Paul"(1999), looks at the uneasy intersection of mental illness, friendship, and crime and was the first film that ITVS, a division of US Public TV, produced on mental illness. It airs often on PBS, the Sundance Channel, Planete (French TV), and Netflix.

His first film, "The Shvitz" (1994) is a portrait of the patrons of the last American steambaths, using that "secret world" as a window onto the evolution of urban life. It was supported by the NEA and NYSCA and is available from New Video. “The Shvitz” features writer Larry Gelbart (MASH) and beat poet John Giorno, each talking about their relationship to the refuge of the baths.

Berman is a member of the International Documentary Association and lives near downtown Los Angeles. He has a wife and a dog. His most recent film is Calling All Earthlings (2018) a feature documentary about the Integratron, a mystery dome near Joshua Tree, California.