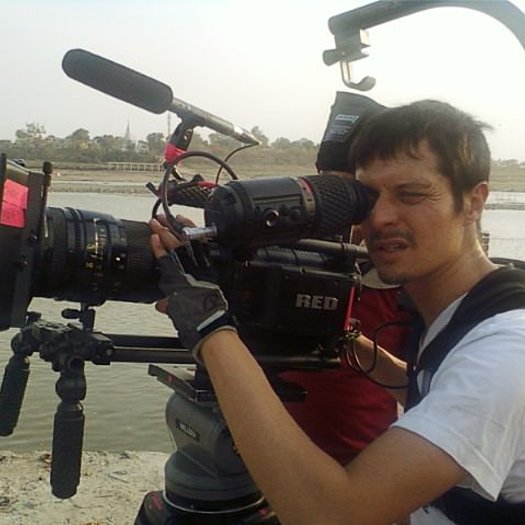 “How you see things, is how you are”

In 2008 he was camera man in the documentary film “The Crown” nominated to the Academy Awards and honor mention in Sundance Film Festival 2008.

His work “The Last Gamblers” about gamblers in the racetracks in Buenos Aires, Argentina,   was nominated to the FNPI (Fundación nuevo periodismo iberoamericano) prize in photography on july 2010. This reportage was published in the Mexican magazine “Gato Pardo” in 2008. Also in the Argentinian magazine “Viva” in 2008, and was exhibited in Colombia in 2009 in to the photographic festival “Fotográfica 2009”.

In 2009 Díaz published with Punto Aparte Editores and the World Bank, the book “Voices, Stories of violence and hope in Colombia”. This book was launched and exhibited in Washington D.C. in the World bank headquarters on september 2009 and in Paris on 2010.

In 2010 he was the cinematographer and camera man in the feature documentary film “Jala-A journey through the senses of water-” in India, shot on the Red system and now in post-production.

In 2015 is nominated to the Swiss Colombian prize in photography with “Vestiges” a photograph project about the places where violent cases happened in the south of Colombia. And won the second prize in the documentary photographic festival “Arrimage” In Paris.

He was the cinematographer of the feature documentary “A River Below” shot in Brazil, Colombia and Perú. Directed by Mark Griecco. This film had a world premiere at the Tribeca Film Festival in NY on April 2017. And an international premiere in Hot docs Film Festival in Toronto.

To see Helkin Rene Diaz's full profile (including skills, experience and contact information), you'll need to be logged in as a Professional.
Join or Log in