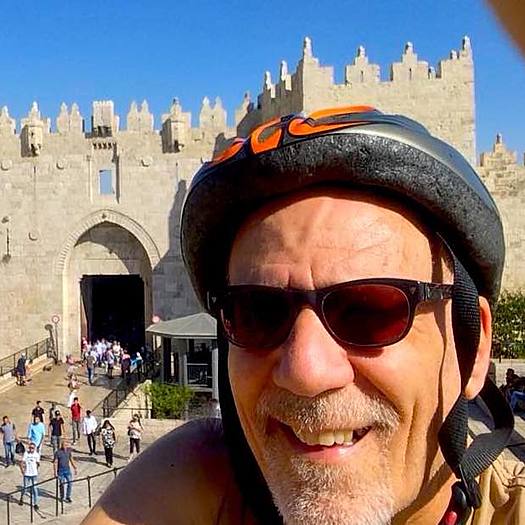 Harvey Stein (director, producer) is an American-Israeli documentary filmmaker/director originally from New York City. He now lives in Jerusalem, where his impact film company, Jerusalem New York Productions (http://www.jerusalemny.com) is based. His current feature documentary project, "Green Rebel"<due to be finished in Spring, 2021> is about the activities of Yossi Abramowitz, an American-Israeli solar energy visionary. Abramowitz's company built the first commercial scale solar field in Israel in 2011, then the first commercial solar field in East Africa, in Rwanda, in 2015 <six hundred million Africans have no access to electricity>. His second African field <and the main plot arc of "Green Rebel">, after five years of struggle, is due to be launched in Burundi in early 2021. Our story focuses on Abramowitz's difficult path of trying to integrate his dual passions for healing the world, and for using risky, business chutzpah.

Stein's last feature documentary, “A Third Way - Settlers and Palestinians as Neighbors”, about Rabbi Menachem Froman (the notorious “settler rabbi for peace”), Ali Abu Awwad, and others, has been shown extensively in impact screenings in synagogues, churches, mosques, universities, and elsewhere - both in the United States and Western Europe, as well as limited theatrical release. It has also been shown in multiple Jewish Film Festivals, including the Copenhagen Jewish Film Festival. He has been Artist-in-Residence at the Headlands Center for the Arts, and has received grants and Awards from the Zellerbach Family Foundation, San Francisco Arts Council, Djerassi Foundation, Phillips Family Foundation, and the City of Oakland (California).