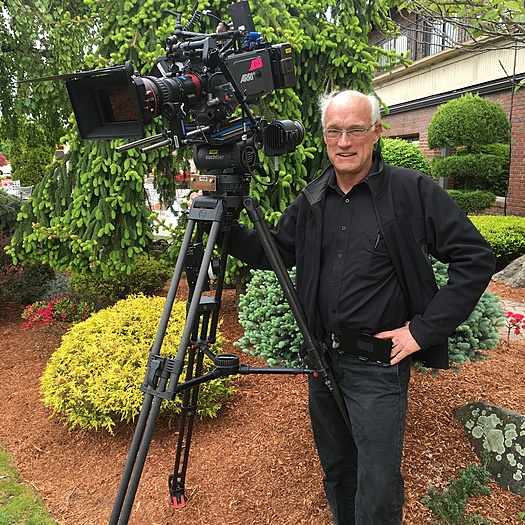 I am a cinematographer, and work on documentaries, narrative films, corporate videos and commercials. "THE ANTHROPOLOGIST", which I shot a substantial part of, had its premiere at the 2015 DOCNYC festival, where Indiewire called one of "ten films not to be missed".  "BACKPACK FULL OF CASH" a feature documentary about education reform, which I photographed and co-produced, is currently making the rounds of community screenings and festivals worldwide.    Another feature documentary for which I shot mostly interviews, "DANIEL PATRICK MOYNIHAN",  was recently completed and will debut on PBS in late 2018.

In 2015, 2 films I photographed for producer/director Jason Starr were finished.   "EVERYWHERE AND FOREVER,  MAHLER'S SONG OF THE EARTH"  won the 2016 Outstanding Achievement Award at the Whitehead International Film Festival, which states on their website:  "Everywhere and Forever combines the profound beauty of Gustav Mahler's Song of the Earth with equally profound cinematography..."

In addition, "FOR THE LOVE OF MAHLER:  THE INSPIRED LIFE OF HENRY LOUIS DE LA GRANGE" (no relation), a biography of the Mahler community's most beloved scholar, was also released.

I have also filmed a large number of wildlife and natural history programs for public and cable television, including 3 short films which are permanent components of the Hall of Planet Earth at the American Museum of Natural History.   In 1997, I filmed underwater volcanic activity and adjacent life forms from inside the submarine ALVIN,  8500 feet below the pacific ocean surface.

I have also co-directed and co-produced several documentary films including 3 films for "the Quiet Revolution" PBS series in the early 90's, for which I was awarded an Earthwatch Film Award. I co-produced and filmed  the feature length documentary "MEGAMALL", 13 years in the making, which won critical acclaim at the Santa Barbara Film Festival some years ago. Over the years, I have filmed many documentaries for National Geographic, PBS, Discovery Channel, A&E, Court TV, the History Channel, as well as portions of hundreds of other television documentaries and programs.