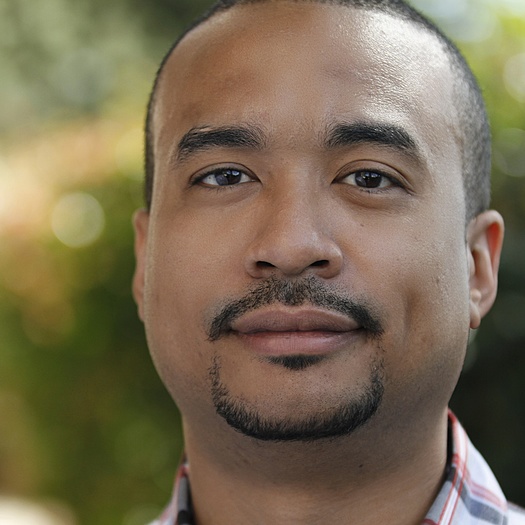 Peabody-Award filmmaker Garland McLaurin’s life as a military brat quickly shaped his passion for film at a very early age.  From taking childhood photos, to watching Wizard of OZ, or the challenger accident, images and their psychological/emotional impact on people have always fascinated him.  Raised between Oklahoma, Korea, and Florida, attending Howard University settled him in Washington DC and then graduate school at NYU in New York.

The stories shared by various people around politics, race and culture, sparked his interest in storytelling and filmmaking.   As a documentarian and cameraman he’s filmed everything from political and presidential elections, the 2010 Haiti earthquake aftermath, to police brutality and issues affecting veterans.

His love for storytelling comes from the power to artistically explore the complex and conflicting social and psychological layers of people and society.   This is reflected in the projects and filmmakers he’s worked for including the “180 Days” Series for the PBS/CPB American Graduate initiative, Co-DP credits for the award winning documentary “The New Black” and PBS series “Coming Back with WES Moore.”

His current project POPS, a web-series exploring black fatherhood, is rooted in the efforts, success and failures of fathers in his life and amongst peers.  He wants this emotionally layered, visual portrait of black dads, to reframe the media dialogue and discussion concerning black men.  The project's ultimate goal is to dispel stereotypes, educate and develop an environment of learning, as well as emotional support for black men.

Garland’s interests are in projects and art that deal with the crisscrossing emotional and intimate patterns of life, these experiences connect individuals to one another as citizens of the world.  Ultimately, he would like to be defined as someone that contributes positively to humanity in some form or fashion with integrity.