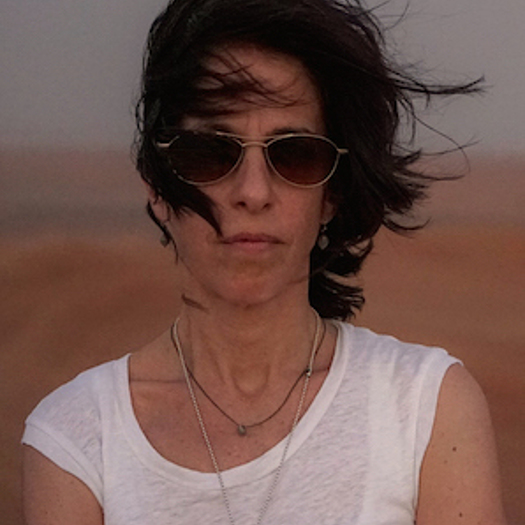 Beth Levison is an independent filmmaker and the recipient of two national Emmy Awards and three Peabody Awards.

Most recently, she produced The Trials of Spring—a multimedia initiative anchored by a feature-length documentary and six short films—about women in the Middle East and North Africa who played central roles in the Arab uprisings and their aftermaths. The documentary film, directed by Academy Award nominated filmmaker Gini Reticker and executive produced by Abigail E. Disney of Fork Films, opened the 2015 New York Human Rights Watch Film Festival and won the Founders Award at Michael Moore’s 2015 Traverse City Film Festival.  The six short films were produced in partnership with the New York Times and premiered in June 2015 on nytimes.com. The Trials of Spring initiative was the subject of a special event in connection with the 2014, 59th session of the Commission on the Status of Women at the UN and in partnership with the Norwegian Ministry of Foreign Affairs, was invited to make a commitment to action at the 2014 Clinton Global Initiative.  The film is currently on the global film festival circuit while the shorts can be seen at trialsofspring.com and on the New York Times website.

Levison’s independent documentary directorial debut Lemon (2011 premiere, Zurich International Film Festival) tells the story of ex-convict turned poet/performer Lemon Andersen and his fight to end generations of poverty through the staging of his memoir, County of Kings.  Executive produced by Russell Simmons and Impact Partners and co-directed/co-produced with partner Laura Brownson, the film screened at over 50 festivals worldwide, won numerous “Best Feature Documentary” awards, was broadcast on national PBS stations, and was selected by the US State Department’s Cultural Programs Division to participate in its diplomatic, 2014 American Film Showcase.  The film streams on iTunes, Amazon, Hulu and SnagFilms.

Concurrent with her film work, Levison has enjoyed directing and producing content for clients and brands.  She just completed a short film campaign for Cadillac that explores the company’s partnership with fashion duo Maxwell Osborne and Dao-Yi Chow of Public School and the creative parallels between automotive and fashion design.  During the final post-production and distribution phases of Lemon, Levison took a deeper and more long-term dive into branded content as the Supervising Producer of video for Etsy—the online marketplace based in Brooklyn, New York. Responsible for every aspect of the development, production, post and distribution of documentary shorts about makers and their creative process, the videos received millions of views and were re-posted all over the web, featured at the 2012 Toronto Film Festival and the 2013 SXSW Digital Domain conference, and nominated for the 2012 Vimeo Awards and 2013 Webby Awards.

Prior to her screen credits and work in branded content, Levison had a rich career in television.  She was the Producer of two children’s specials for HBO: the animated program A Child’s Garden of Poetry received the 2011 national Emmy Award for Outstanding Children's Programming, introduces young audiences to classic works of poetry, and features the voices of Claire Danes, Philip Seymour Hoffman, Julianne Moore, Liam Neeson and others; Don’t Divorce Me (2012) features stories about the heartache and pain of divorce told from a child’s point of view.  Levison was also one of the producers of the Classical Baby series for HBO – an animated journey through masterpieces of visual art, dance, and classical music that received a 2005 national Emmy Award for Outstanding Children’s Programming and a 2005 Emmy Award.

Levison was the Senior Producer and a Director of E2, a multi-part PBS series about the economies of being environmentally conscious. The three seasons of E2 Design (2005 – 2008) featured the architects, designers, technologies, and policies behind a new generation of green buildings in which we can live and work, while the premiere installment of E2 Energy chronicled international efforts to mitigate climate change through innovative – and sometimes ingenious – energy solutions. The 24 programs were shot in locations around the world including Egypt, Brazil, Colombia, the Netherlands, India and beyond and were narrated by Brad Pitt and Morgan Freeman.  Levison directed the E2 Design episode about the internationally acclaimed architect Renzo Piano and his design for San Francisco’s California Academy of Sciences.

Levison was one of the primary creators and the Story Editor of EGG the arts show, a weekly, theme-driven, national PBS series on the contemporary visual and performing arts. The program featured stories about artists “high and low” – contemporary icons, self-taught painters, celebrated playwrights, and small modern dance companies. At EGG, Levison directed shorts about Vanessa Beecroft, an installation artist who uses real women as material, John Schabel, who photographs people through airplane windows, and the phenomenon of Sibling Harmony groups in pop music. EGG had a cult following, was a favorite amongst critics and audiences of all kinds, and received a 2002 George Foster Peabody Award, four 2002 national Emmy Award nominations, and five 2001 New York Emmy Awards.

Early in her career, Levison was the Associate Producer of the HBO special Goodnight Moon and Other Sleepytime Tales, which received the 2000 national Emmy Award for Outstanding Children’s Program and the 2000 George Foster Peabody Award. She was also the Series Associate Producer of The Long Journey Home, a four-part PBS series on the history of the Irish in America. She got her start at National Geographic TV, has worked for ABC News, NBC’s Peacock Productions and MTV, and has consulted on a range of award-winning feature documentaries including Marina Abramovic: The Artist is Present (2012 premiere, Sundance Film Festival) and Here One Day (2012 premiere, IDFA - International Documentary Film Festival Amsterdam).  She continues to consult on films both formally and informally.

Levison is currently producing Rules To Live By, an independent documentary film directed by first time filmmaker Hope Litoff about the life and death of her sister, artist and photographer Ruth Litoff.  She is also producing faculty with the Social Documentary MFA Film program at the School of Visual Arts (SVA) in New York City.  She graduated from Middlebury College and lives in New York with her husband and two boys.