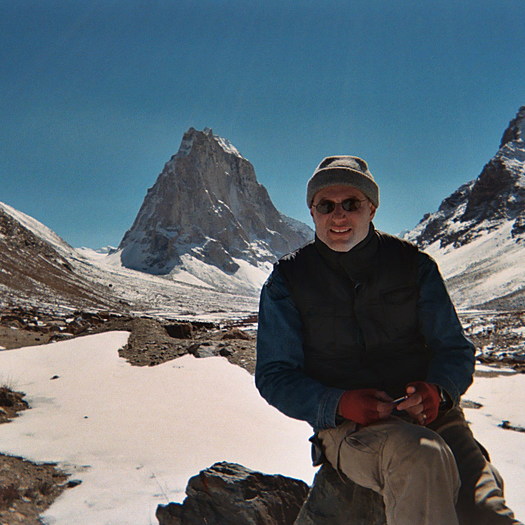 FREDERICK MARX - CAPSULE BIOGRAPHY A major talent in American filmmaking. All his work is imbued with power, intelligence, social concern, and utter dedication. Gerry Richman, Program Director, KTCA-TV (PBS) Frederick Marx is an internationally acclaimed, Oscar and Emmy nominated producer/director with 35 years in the film business. He was named a Chicago Tribune Artist of the Year for 1994, a 1995 Guggenheim Fellow, and a recipient of a Robert F. Kennedy Special Achievement Award. His film HOOP DREAMS played in hundreds of theatres nationwide after winning the Audience Award at the Sundance Film Festival and was the first documentary ever chosen to close the New York Film Festival. It was on over 100 â€œTen Bestâ€ lists nationwide and was named Best Film of the Year by critics Roger Ebert, Gene Siskel, Gene Shalit, and Ken Turran and by the Chicago Film Critics Association. Ebert also named it Best Film of the Decade. It is one of the highest grossing non-musical documentaries in United States history. It has won numerous prestigious awards, including an Academy Nomination (Best Editing), Producerâ€™s Guild, Editorâ€™s Guild (ACE), Peabody Awards, the Prix Italia (Europeâ€™s top documentary prize) and The National Society of Film Critics Award. The New York, Boston, LA, and San Francisco Film Critics all chose it as Best Documentary, 1994. Utne Reader named it one of 150 of humanityâ€™s â€œessential works,â€ the Library of Congress recently added it to its prestigious National Film Registry and the International Documentary Association named it the Best Documentary Ever. HOOP DREAMS (1994) is the first in Marxâ€™s planned trilogy of feature documentaries on teenage boys. BOYS TO MEN? (2004), distributed by Media Education Foundation, is the second. BOYS BECOME MEN, now in pre-production, will be the third. JOURNEY FROM ZANSKAR (2010) featuring the Dalai Lama, with narration by Richard Gere, is being released worldwide this year. In 1993, Marx received an Emmy nomination for HIGHER GOALS (1992) for Best Daytime Childrenâ€™s Special. Producer, Director, and Writer for this national PBS Special, Marx directed Tim Meadows of â€œSaturday Night Liveâ€ fame. Accompanied by a curriculum guide, the program was later distributed for free to over 4,200 inner city schools nationwide. THE UNSPOKEN (1999), Marxâ€™s first feature film, features stellar performances from star Sergei Shnirev of the famed Moscow Art Theatre (Russian voice of Disneyâ€™s ALADDIN), and Harry J. Lennix, most known for Spike Leeâ€™s GET ON THE BUS, Tim Robbinsâ€™ BOB ROBERTS, Julie Taymorâ€™s TITUS and MATRIX. A hobbyist songwriter, in 1991 Marx recorded a number of his songs collectively known as ROLLING STEEL. Having worked for a time as an English and creative writing teacher, Marx began his movie career as a film critic, and has worked both as a film distributor and exhibitor. He has also traveled extensively. Heâ€™s lived in Germany, Hungary, and China. Heâ€™s traveled repeatedly through Western and Eastern Europe, North Africa and Himalayan India. With a B.A. in Political Science and an MFA in filmmaking, Marx has coupled his formal education with foreign languages, speaking German and some Mandarin-Chinese. Along with JOURNEY FROM ZANSKAR, his interest in foreign cultures is reflected in PBSâ€™ international human rights program OUT OF THE SILENCE (1991), the widely acclaimed personal essay DREAMS FROM CHINA (1989), and Learning Channelâ€™s SAVING THE SPHINX (1997). He consulted on Iranian-Kurdish director Bahman Ghobadiâ€™s feature TURTLES CAN FLY (2004) and was a teacher of renowned Thai feature filmmaker Apichatpong Weerasethakul. Three of Marxâ€™s films premiered at the New York Film Festival. His short films are distributed by Facets Home Video and ReFrame. All his films are available on the web at Amazon.com and elsewhere. Having dedicated his life to the making and promotion of independent films, Marx, a true maverick in the increasingly commercialized world of â€œindependent cinema,â€ continues to provide a voice of artistic and social integrity. He repeatedly returns to work with disadvantaged and misunderstood communities: people of color, abused children, the working poor, welfare recipients, prisoners, the elderly, and â€œat riskâ€ youth. He brings a passion for appreciating multiculturalism and an urgent empathy for the sufferings of the disadvantaged to every subject he tackles. As his mission statement indicates (â€œBearing witness, creating changeâ€), his is a voice strong and clear, and profoundly human.
To see Frederick Marx's full profile (including skills, experience and contact information), you'll need to be logged in as a Professional.
Join or Log in