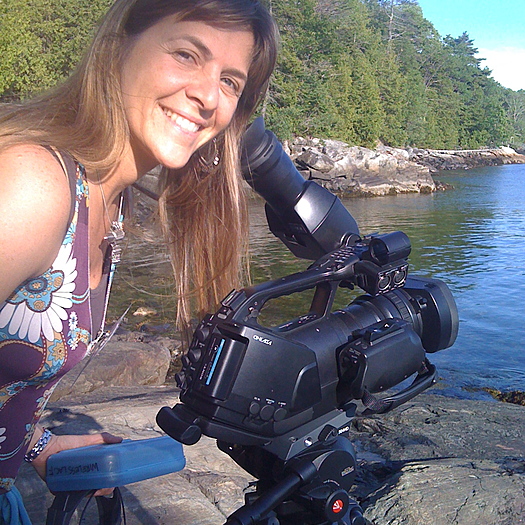 Florencia Davidzon is a Writer/Director born and raised in Buenos Aires, Argentina. She is currently residing and working in the city of Los Angeles, California. Florencia has a Bacholorâ€™s Degree in Political Science from the University of Buenos Aires and a Masterâ€™s Degree in Communications as well. While living in Mexico, she completed a one-year program in script writing. In the past years, she has been working towards a certificate from the Writing Program at UCLA Extension. Her start as a filmmaker began as a Producer/Director of her own short documentaries. Interestingly, her trajectory as a filmmaker was sparked by her video projects for market and communication research. Her 10-year advertising career was comprised of serving in established companies, such as Ogilvy, BBDO, JWT and Casanova Pendrill/Mcann Erickson. She found her passion for documenting the lives and history of people and their stories, and this has lead her to pursue a career as a screenwriter in both fiction and non-fiction genres. More importantly, her goal is to see her work produced for the big screen. Her first documentary, shot in Mexico, Digna Merced (Dignity at La Merced) was prized with the Pantalla de Cristal (a prestigious film award) for editing and photography in 2005. Then in 2006, as Co-Director of El Sonido de los PÃ¡jaros (Bird Sounds), she was awarded first place by the Corto Cinema Film Festival. El Sonido de PÃ¡jaros was also screened at the well-known Morelia Film Festival that same year, receiving national recognition. Most recently she co-directed a short documentary in Mississipi with Benjamin Mathews. As a Man Thinketh, was screened at the Blues Museum in Clarksdale and was participated in Crossroad film festival 2009. During 2009 she assisted Uli Stezner in his documentary La Isla (The Island), a film about searching for an understanding of the history of Guatemalaâ€™s government repression during the 80â€™s. She also worked as producer for Friends in Common, a Betsy Kalin documentary about a multicultural neighborhood in Boyle Heights, L.A. She is committed with the development on her documentary, Ingratas (Ingrates) that received a Women Make Movies fiscal sponsorship during 2009 and it was part of Latino Producers Film Academy in Santa Fe, New Mexico.