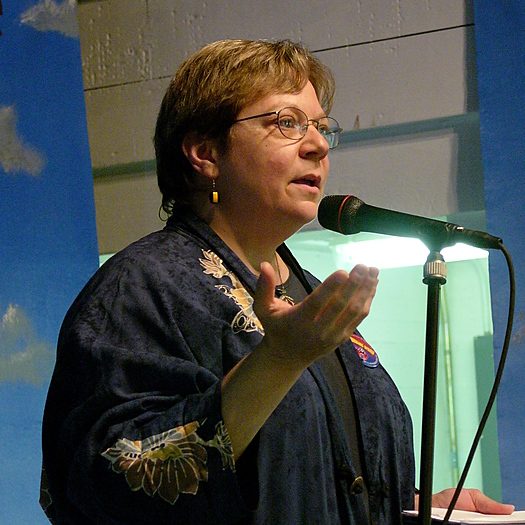 Jane Winslow is co-director and a programmer for the Sebastopol Documentary Film Festival.  She also works as a freelance video producer/director, video installation artist and photographer. For her documentary work, Winslow has traveling extensively throughout Southeast Asia, the Black Sea region, Central and South America as well as Europe and the US. She exhibited her video installations and documentary photography in galleries and has had her photography published in magazines and in annual reports.

Jane Winslow serves as a juror, programmer, and curator for national and international video/film competitions and festivals.  For 18 years, Winslow has worked as a fulltime professor of broadcast production and screenwriting at the State University of New York Oswego and Shoreline College Seattle, teaching global documentary production, scriptwriting for TV, and beginning and advanced production classes to name a few. Winslow also presents workshops and trainings on documentaries and video production at various community media centers, conferences, and film festivals.

Winslow has a Master of Science degree in Mass Communications from Miami University of Ohio and a Bachelor of Music degree from Indiana University. Winslow has won fellowships and awards for her work such as an Academy of Television Arts & Sciences Fellowship, an International MCA-I Media Festival award in the Education Category, the Production Excellence Award in Producing from Women In Film - Seattle for her work as a co-producer of a high definition short for the Seattle International Film Festival Fly Filmmaking Program.

To see Y Jane Winslow's full profile (including skills, experience and contact information), you'll need to be logged in as a Professional.
Join or Log in