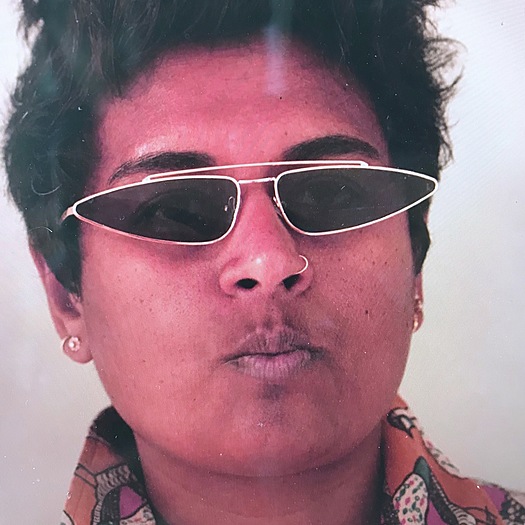 Neelu is an independent artist filmmaker exploring social and political themes as they play out in close relations via film. Playfully evoking insights into the workings of difference in intimacy, their films blend viewpoints ranging from race, gender, sexuality, culture, class and romance. Pushing these themes in FU377 (2014) and MORE LOVE. LESS PREPACKAGED BULLSHIT (2017), Neelu’s films purposefully move towards abstract retellings of the problematics of identity categories and foregrounding varieties of resilience and resistance to experiences of duress – both immediate and political. FU377 (2014) has won best animation awards in New Delhi, New York City and Kolkata film festivals, while LOVE LETTER/PREMA LEKHA (2016) garnered the best short in Graphic Arts category at the Tunis Chouftouhonna Feminist Festival. Their films have screened at over 80 festivals world-wide including top-tier LGBTQ+ film festivals such as Frameline, Outfest, BFI Flare, Inside Out, Khashish and more. Two of their films, FU377 (2014) and MORE LOVE. LESS PREPACKAGED BULLSHIT (2017) are being distributed by the Canadian film distribution company CFMDC. They are excited to share their feature length omnibus film TRANSFINITE with the world from 2019 and are in development for two feature length creative documentary films.