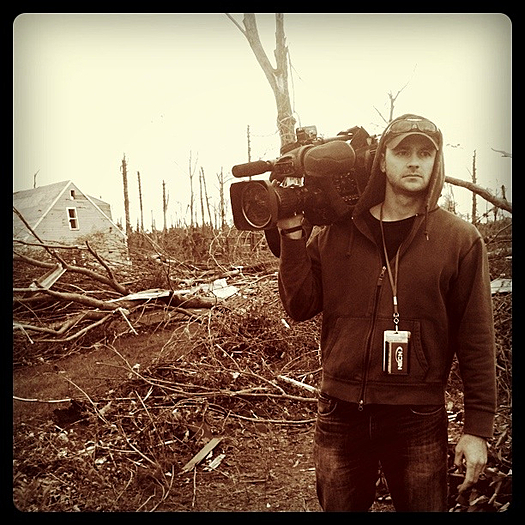 DAN FERRIGAN Photojournalist // Writer // Filmmaker Dan Ferrigan is the Co-Director of Photography on the Emmy nominated documentary, THE WAY WE GET BY-- a heartfelt story about three senior citizens finding purpose in their life. The film had its world premiere at the South By Southwest Film Festival (SXSW) in March 2009 and won the Special Jury Award. THE WAY WE GET BY has won 18 festival awards to date, including the Audience Award at the Full Frame Film Festival, the Greg Gund Memorial Standing Up Film Award at the Cleveland International Film Festival, and Best Documentary at the Atlanta, Little Rock, Phoenix, Naples and Newport International Film Festival. THE WAY WE GET BY was released theatrically in July 2009, playing in over 60 cities across the U.S. It aired on the critically acclaimed, independent television series P.O.V. on PBS as a primetime special this past Veterans Day. Recently, AARP's "Movies For Grownups" Awards honored THE WAY WE GET BY as "Best Documentary" of 2009. Award-winning photojournalist Dan Ferrigan has worked around the world in nonfiction storytelling. Recently Dan traveled to Norway with New England Cable News (NECN) reporter Brad Puffer to shoot the 2010 AP award winning documentary, Unequal Justice? The Joseph Donovan Story. In India, Dan worked on India: A New Life commissioned by PBS-Frontline World. In 2008, India: A New Life was the recipient of three Telly awards. Dan currently is a photojournalist for NECN. In 2006, he worked on The Long Journey Home, a 30-minute documentary on the "Face of America 2006" bike ride for able-bodied and disabled veterans that aired on NECN and had showings across New England. Early in his career, Dan worked for ABC affiliates across the country as a photojournalist before settling down in Boston. During that time he won a Vermont AP award, an American Heart Association award and was the photographer on an Edward R. Murrow Award winning project. Dan grew up in Winslow, Maine and currently resides in Boston.
To see Dan Ferrigan's full profile (including skills, experience and contact information), you'll need to be logged in as a Professional.
Join or Log in