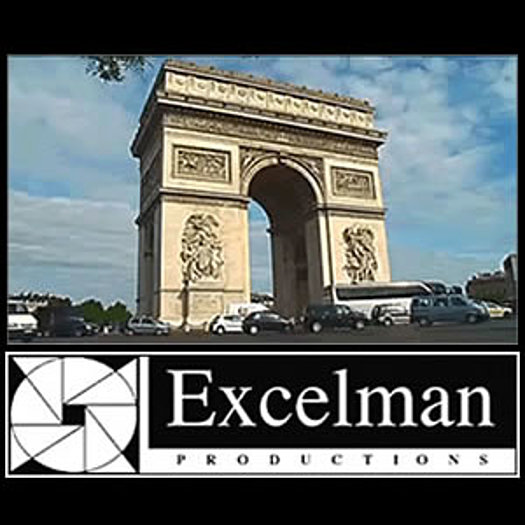 With ten years of experience in communication and audio-visual production under his belt Douglas Lyon created EXCELMAN Productions in 1995. Born in California, Douglas E. Lyon is the general director and founder of EXCELMAN Productions. An American, he speaks fluent Japanese, Chinese (mandarin) and French (not to mention English of course... ). He lived two years in Japan, (Kumamoto), a year in China, (Kunming) and has visited and/or worked in more than 60 different countries. He has been living in France since 1982. Doug worked as a journalist / producer for "Fashion Tsushin" (TV Tokyo) for several seasons and thus began his career in television. In order to gain a wider experience of the production world he became a free-lance producer in 1989 and was offered the opportunity and privilege to be contribute on a regular basis in the production of some of the most watched programs in the history of Japanese television : various major variety shows for the network NTV (audiences of up to 30 million ! ) and "NaruHodo the World" (Fuji Television) another major landmark in the history of Japanese television, this program continued for 15 years. These projects were often enormous logistical challenges and added much to our "experience capital" not to mention our address book. A two year collaboration with "World Uplink" (Fuji Television) permitted him to conceive, propose and produce over 200 "shoots" and live broadcasts (including the first ever allowed from the top of the Arc de Triomphe ). With the "L'Affaire Van Gogh" (UNESCO Award), an ambitious documentary co-produced with Transparences Productions for Fuji Television and France 2 and a commercial for the huge department store PARCO directed by Helen von Unwerth, Doug rounds out his experience as executive producer. In 1994, during the Rwanda refugee crisis Doug assumes the logistical and practical co-ordination for the press "pool" put together for all of the Japanese television networks in Goma, Zaire. This first intervention on the African continent will be the beginning of a long and fruitful relationship with Africa and will become one of the major references of EXCELMAN Productions. We are Producers, Production Managers, Line Producers, Field Producers, Journalists and Directors ! The Landscape of Our Experience (countries we have worked in ) : Europe : Belgium, Belarus, Bulgaria, Croatia, Denmark, Finland, France, Germany, Great Britain, Greece, Holland, Ireland, Italy, Luxembourg, Norway, Poland, Portugal, Romania, Russia, Spain, Switzerland, Turkey, The Czech Republic, The Ukraine Africa : Benin, Burkina Faso, Chad, Cameroon, Djibouti, Egypt, Ethiopia, Gabon, Gambia, Ghana, Kenya, Madagascar, Malawi, Mali, Niger, Nigeria, Senegal, South Africa, South Sudan, Sudan, Tanzania (including Zanzibar), Togo, Tunisia, The Republic of Congo (ex-Zaire), Uganda, Zambia, Zimbabwe Our alternate website : http://www.excelman.jpn.com/ And please see our corporate profile on LinkedIn : http://www.linkedin.com/company/excelman-productions/production-services-producers-journalists-line-producers-field-producers-and-directors-683601/product?trk=biz_product/ And at Africultures : http://www.africultures.com/php/index.php?nav=personne&no=33007 and finally, a back-door entrance to our main website : http://www.excelman.com/home.html
To see Douglas Lyon's full profile (including skills, experience and contact information), you'll need to be logged in as a Professional.
Join or Log in