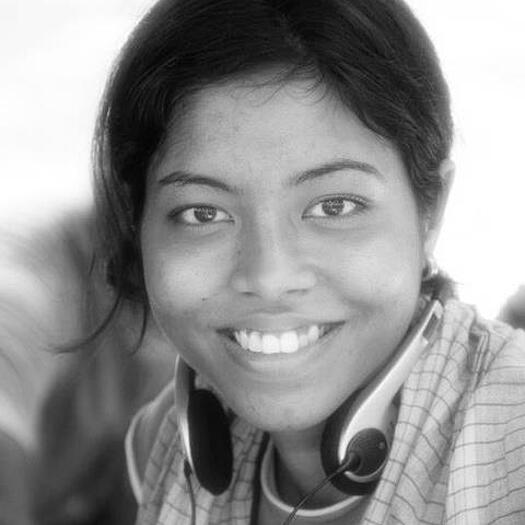 I am Elizabeth D’ Costa, an award-winning emerging Bangladeshi and one of the young female documentary filmmakers with more than 12 years of work experience both domestic and international. My first feature documentary “Bangla Surf Girls” got World Premiere in the acclaimed Hot- Docs Film Festival 2021. This film got Runner-up of Best International Director and Winner of Best Canadian Film at Oakville Film Festival. I am a fellow of Film Independent’s Documentary Lab 2020 sponsored by Global Media Makers and the US State Department of Education and Cultural exchange. My film was also selected for the Chicken and Egg 2017 Accelerator Lab among 10 women filmmakers worldwide and successfully pitched in the Deal Makers forum at Hot Docs 2017. In 2017, I attended the IDFA Academy, to hone my craft among 100 filmmakers worldwide. I began my career as a script supervisor with the acclaimed Bangladeshi filmmakers Tareque and Catherine Masud, before earning my MA in Film Studies from the University of Dhaka. I produced/directed television shows and worked in several short films for a range of media outlets including SBS Dateline, BBC Media Action, Dutch TV NOS, PBS Newshour, Vice News UK, La Sexta Spanish TV, and Bloomberg TV. Also worked as an Assistant Producer on two times Academy Award winner, Sharmeen Obaid-Chinoy’s documentary “A Journey of Thousand Miles”. From 2016 to 2017, I worked as a communications advisor for UNDP Bangladesh and in this capacity produced a number of media advocacy stories about women empowerment.

To see Elizabeth Rumi D Costa's full profile (including skills, experience and contact information), you'll need to be logged in as a Professional.
Join or Log in