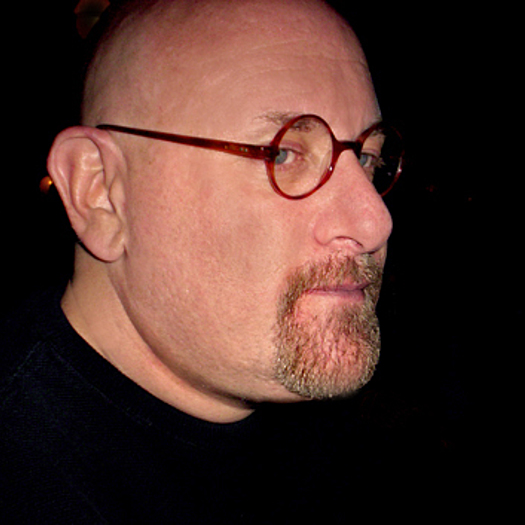 Jeffrey Tuchman is an Emmy and Peabody award-winning documentary producer, director and writer who, for the past twenty years, has dedicated himself to the creation of innovative documentary film and television. In that time, he has built a formidable body of documentary work, with over 30 film titles to his name, and network credits including A&E, PBS, The History Channel, NHK, ABC, Discovery/TLC, Court TV, CBS, MSNBC and HBO. Tuchman recently completed MURDER IN THE QUARTER, a true-crime drama set in New Orleans for Court TV, and the Peabody Award-winning VOICES OF CIVIL RIGHTS, a one-hour oral-history project on the Civil Rights movement which had its premiere at the Smithsonian Institution and aired in February, 2005 on The History Channel. Also making its broadcast debut on The History Channel was MAVERICKS, MIRACLES & MEDICINE, Tuchmanâ€™s award-winning four-part series on the history of medicine. Currently, Tuchman is at work on several documentary features, including VEILED HUMOR, a film about Muslim stand-up comic, Shazia Mirza; AVANT GARDE, an exploration of the New American Cinema through the eyes of pioneer filmmaker and archivist Jonas Mekas; and TESTIMONY, a film about Tuchmanâ€™s fatherâ€™s return to Germany to testify in a war-crimes trial against the Nazi who murdered his mother. Known for his exploration of new forms, models, and styles of documentary filmmaking, Tuchman is sought out as a development consultant and show doctor by numerous documentary production companies and broadcast networks. Over the past decade, heâ€™s helmed more than a dozen investigative documentaries, looking at such varied subjects as the HMO crisis, the rise in heroin addiction among young women, and the ongoing battle between privacy and security. As an executive producer, Tuchman created the Silver Gavel Award-winning RAILROADED IN TEXAS, a groundbreaking film on the civil-liberties debacle in Tulia, Texas for Court TV . In 1998, Tuchman created â€˜TIL DEATH DO US PART, a 5-part docusoap which followed notorious polygamist Alex Joseph, his eight wives and 21 children for two months as they all attempted to cope with Josephâ€™s impending death from cancer. This award-winning documentary was followed by, EPISODE 1 UNAUTHORIZED: THE PHANOM MENACE, a comic one-hour special for the Sci-Fi Channel on the mayhem surrounding the release of George Lucasâ€™ blockbuster film. In 1996 Tuchman created the pilot for SCIENCE TIMES, a series produced with the New York Times for Discovery/TLC, which took a veritÃ© look inside the scientific process, and was - at its conception - among the first broadcast documentary series shot entirely by video-journalists on small-format digital video (DV). Following his abiding passion for politics, in 1994, Tuchman directed WHITE HOUSE, a one-hour film in which he followed Presidential photographer Robert McNeely as he documented the Clinton presidency. Produced for NHK/Japan, White House was awarded the Special Jury Prize at the 1995 International Electronic Cinema Festival in Japan, and had its U.S. premiere at the Kennedy Center. It aired here as one of the flagship documentaries on HD-Net -- Americaâ€™s first all high-definition broadcaster -- in 2002. Tuchmanâ€™s relationship with the Clinton's began in 1992, when he directed THE MAN FROM HOPE, the acclaimed Bill Clinton biography shown at the 1992 Democratic Convention, which was widely hailed as an historic piece of political filmmaking (and won Tuchman a Pollie Award). Then in 2000, Tuchman directed the spots for Hillary Clintonâ€™s Senate Campaign for which his â€œEd Kochâ€ spot was called â€œthe best political ad of the 2000 election seasonâ€ by Campaigns and Elections Magazine. His interest political and humanitarian subject matter, both global and closer to home, began early on in his career, when he began using the documentary form to explore such diverse topics as the AIDS crisis, U.S./Soviet relations, the public schools, the environment, and penal reform. During this time, he co-produced the pilot for Choices, a PBS series on changing social values in America, and he served as a program consultant for two national PBS specials -- Condition Critical: The American Health Care Forum, and The Issue is Race. And he also directed public service campaigns for The Rainforest Alliance, UNICEF, and PBS. Finally, Tuchman writes and lectures extensively on documentary filmmaking. He's done panels and workshops at Silverdocs, Real Screen, the IFP, the Tribeca Film Festival, the Ford Foundation, the International Congress of History Producers and Brazil Documenta, among others. For seven years he held a faculty appointment at the Columbia University Graduate School of Journalism where he taught documentary filmmaking, and he is on the board of advisors of the International Documentary Association.
To see Jeffrey Tuchman's full profile (including skills, experience and contact information), you'll need to be logged in as a Professional.
Join or Log in