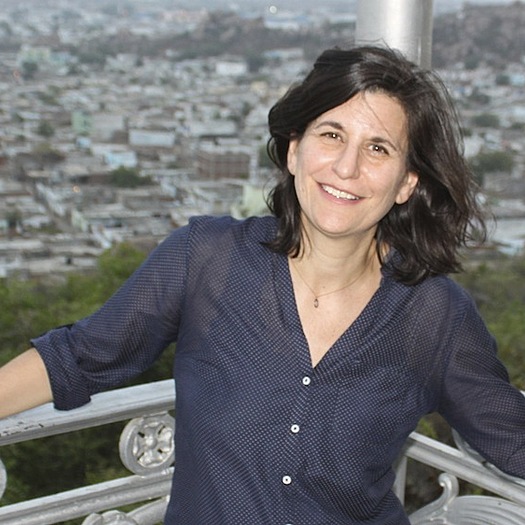 Debra Tolchinsky, director of the MFA program in documentary media and associate professor of radio/television/film at Northwestern University, is a documentary filmmaker, multidisciplinary artist, and curator whose work has been seen internationally at such venues as the Sundance Film Festival, Washingtonâ€™s Kennedy Center, and Chicagoâ€™s Gene Siskel Film Center. She is interested in the intersection of identity and extreme practices as well as how site specificity and emerging technologies can be used to foster new kinds of artistic experiences. Her latest film, Fast Talk (available soon on iTunes and Amazon VOD/DVD), captures the intensity, drive, and absurdity of the mile-a-minute world of college debaters as they speak at speeds exceeding 500 words per minute. Winner of numerous awards, Fast Talk was named best documentary at the LA Femme International Film Festival, best documentary feature at the Chagrin Documentary Film Festival, and best documentary at the Iowa Film Festival and has been discussed in such publications as the Chicago Tribune, the Chicago Reader, the National Law Journal, the Chronicle of Higher Education, and the Onion A.V. Club. As a curator Tolchinsky cocurated The Horror Show at New York Cityâ€™s Dorsky Gallery Curatorial Programs; the exhibit explored horror in film, video, installation, photography, sculpture, and painting and was featured as a â€œVoice Choice for Artâ€ in the Village Voice. At Northwesternâ€™s Block Museum she cocurated Shimon Attie: The Neighbor Next Door, listed by the Chicago Tribune as one of â€œ10 things to get excited about on Chicagoâ€™s fall art scene.â€ Most recently she cocurated The Presence of Absence, sponsored by the Contemporary Arts Council at Chicagoâ€™s Hairpin Arts Center; the exhibit was named one of the â€œ16 best art gallery shows to see now in Chicagoâ€ by Chicago magazine and praised as â€œa wonderfully odd, powerful, thoughtful showâ€ by the Huffington Post. Earlier in her career Tolchinsky was as an assistant film editor on Hollywood features such as Searching for Bobby Fischer and Ghostbusters II. A Northwestern faculty member since 2006, she won a 2010 Clarence Simon Award for Teaching Excellence. Tolchinsky received an AB from the University of Southern California and a BFA and MFA from the School of the Art Institute of Chicago.
To see Debra Tolchinsky's full profile (including skills, experience and contact information), you'll need to be logged in as a Professional.
Join or Log in