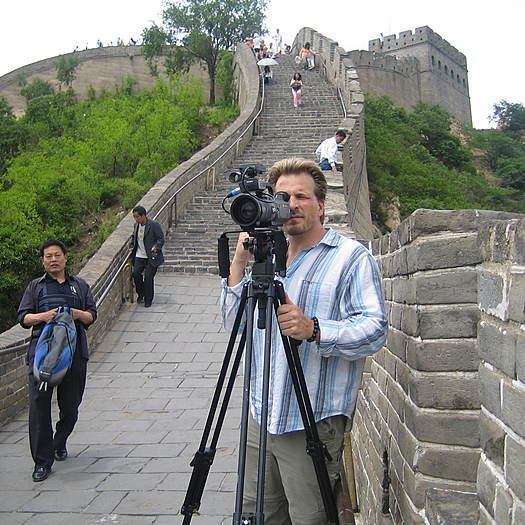 DOUG DEARTH Director/producer/writer Doug Dearth has been an actor for many years, working with noted directors Steven Frears, Bruce Berisford, Clint Eastwood and Harold Ramos. In 1993 Doug moved from Canton, Ohio to Los Angeles, where he began his acting career with a first screen appearance in the film â€œMoney For Nothingâ€. This film had an amazing cast of seasoned actors, plus the â€˜new guysâ€™ James Gandolfini and Michael Rapaport. Doug began working behind the camera in 1997, where he applied his passion for music working with John Cusackâ€™s New Crime Productions on the music selections for â€œGrosse Pointe Blankâ€. Doug went on to work as the Music Coordinator on the hit feature â€œHigh Fidelityâ€, where he also supervised the production of Lisa Bonetâ€™s cover of Peter Framptonâ€™s â€œBaby I Love Your Wayâ€. Dougâ€™s producing career started in 1999 as Associate Producer on â€œThe Jack Bullâ€, an HBO movie of the week. Recently Doug again teamed up with New Crime Productions to Co-Produce the feature â€œGrace Is Goneâ€. â€œGrace is Goneâ€ premiered at the 2007 Sundance Film Festival, where it won the Audience Award: Dramatic and the Waldo Salt Screenwriting Award. It was then picked up for distribution by The Weinstein Company. In 2008 Doug served as Co-Producer and Second Unit Director on â€œWar, Inc.â€, He was once again highly involved with the music for the film, supervising the writing and production of multiple songs performed in the film by Hilary Duff, as well as working directly with the filmâ€™s composer, David Robbins to develop the score. His experience as Second Unit Director on â€œWar, Inc.â€, directing greats like John Cusack, Dan Ackroyd and Joan Cusack. has him very excited to apply his diverse filmmaking experience while directing projects that have a voice and make a difference. Doug is currently in post-production on the documentary â€œOut Of Networkâ€. A film which chronicles an American stroke patients unconventional journey to China, seeking medical care which was inaccessible to him in his own country.
To see Doug Dearth's full profile (including skills, experience and contact information), you'll need to be logged in as a Professional.
Join or Log in