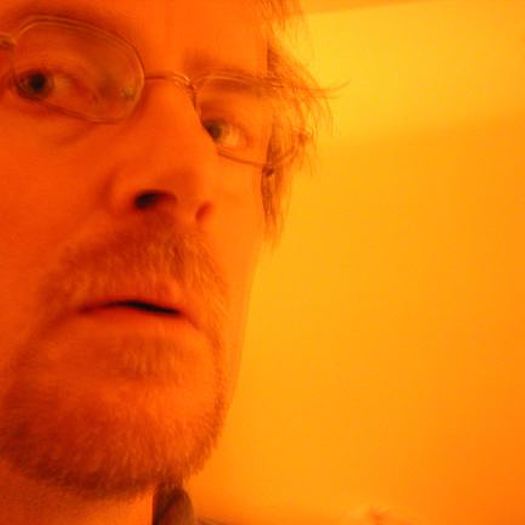 Movie posters are called one sheets or key art in the film advertising business. They are called that because they are the key image used to sell or promote a film. "An effective ad campaign is a delicate balance between the artistic and the commercial, the elegant and the bold."

Born in Los Angeles, Dan received early training from his artist/actress mother, who graduated from the Chicago Art Institute. He distinguished himself early on as a highly gifted artist, by winning awards in school and was on track to graduate with honors from California State Univerity when his design professor, Harold Schwarm asked him to go into business with him. "Basically I was exploited. That summer I became an 'instant art director' at a small advertising agency called St Johns/Talmadge. I've always regretted dropping out. At the time I was studying photography and design as a fine arts major."

"I feel so fortunate to be able to make my living at something that allows me to exercise poetic vision." Iconic imagery, visual metaphor and interpretive design have been a crucial part of Dan's working process since he was an editorial illustrator, starting in the late '70s for various publications including, Billboard Magazine, Los Angeles Magazine and Opinion section of The Los Angeles Times. In the early '80s, he became active designing album packaging for the music industry.

Since 1981, his marriage to his wife, Yukiko has been a continuous inspiration both professional and spiritual. Soon after they met, they began working together on most projects using their own company name, Chapman Productions. In 1983 on the day his son, Dean was born, Dan finished his first movie poster for "Betrayal," a film written by nobel laureate, Harold Pinter.

In 2000, Dan personally finished the print campaigns for 4 Academy Award nominated films: Erin Brockovich, Almost Famous, Chocolat and Billy Elliot. The year before that he finished the campaign for American Beauty, that won the Academy Award for Best Picture, Best Director and Best Actor.

His numerous awards include top prizes at The Hollywood Reporter's Key Art Awards Show and the selection of his "Boyz N The Hood" poster by The Library of Congress for inclusion in their permanent collection. His work has also been featured in Graphis Posters, The N.Y. Illustrators Society and The Art Directors Club of Los Angeles. In 1993, his personal poster exhibition was spotlighted in Japan on television and various publications for the Kawaguchi/Tokyo World Cultural Festival.