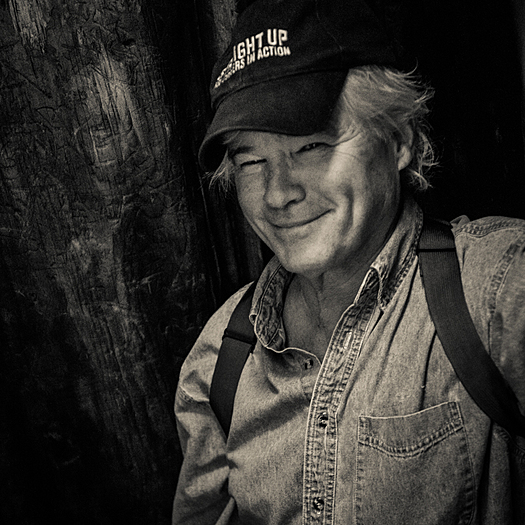 David Douglas (Director/Cameraman) has photographed over thirty films for IMAX® Corp. and other clients since his first high school multiple-image documentary led to employment at Multiscreen by the inventors of the IMAX® system/fathers of the large format film industry Robert Kerr, Bill Shaw, Roman Kroitor and Graeme Ferguson.
Douglas later spent 18 months training dozens of astronauts to be filmmakers on Ferguson’s IMAX® Space Team, supporting their orbital efforts on 14 shuttle flights from mission control, as well as shooting the terrestrial images for the original IMAX space series, “The Dream is Alive., Blue Planet, Destiny in Space”, and “Mission to Mir.”
As director/cinematographer, Douglas’ credits include large format documentary benchmarks such as Oscar® nominated “Fires of Kuwait,” which also received the GSTA Maximum Image Award for Best Classic IMAX® film; critically acclaimed “Survival Island”; as well as the first IMAX® concert feature, “Rolling Stones: At the MAX,” which captures the world’s greatest rock and roll band on their massive Steel Wheels tour and earned a nomination for the GSTA Maximum Image Award.
His more recent work as cinematographer includes “Ride with the Cowboys,” and the IMAX® music documentary “All Access: Front Row, Backstage, Live!” as well as additional photography on the IMAX® films “Wild Ocean 3D,” “Space Station 3D,” and “Hubble 3D.” He also wrote, directed and photographed “Wolves” for the National Wildlife Federation and “Straight Up: Helicopters in Action,” which premiered at the Smithsonian Institution’s National Air and Space Museum.
In 2002, he was honored with the Kodak Vision award, and in 2010 received the IMAX® Hall of Fame Award.
Lately working with wildlife more and more, he acted as DP on the acclaimed “Born to Be Wild” and as Director and DP for the current release “Island of Lemurs:Madagascar” with IMAX and Warner Bros.