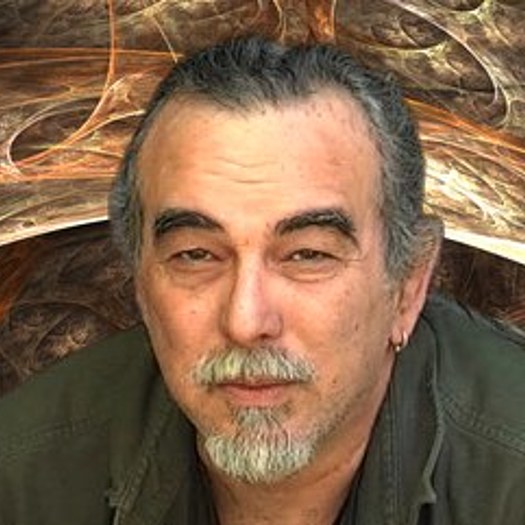 Enrique, also known as QuiQue - (key-kay), has been involved with the visual arts since childhood. â€œSeeingâ€ is his gift and is the driving force for all of his creative endeavors. He received a degree in photography in 1977 from Randolph Technical College. After working at a television station in Washington, NC, he decided to produce a series of photographs along with a close friend for a two person exhibition at the Southeastern Center for Contemporary Arts. Enrique traveled the Southwest by hitchhiking during the late 70â€™s seeking direction in his life while producing a documentary on the Rainbow Gathering. His experiences on his â€œvision questâ€ drew him back to North Carolina where he found himself drawn to the metal arts. He spent the next 25 years creating one-of-a-kind functional art and sculpture for individuals, corporations, and public art projects. During this time period, Enrique developed his computer skills in order to not only communicate his designs to his clients, but also to establish the first and largest social networking web site for metal artists at http://artmetal.com. Over time, his desires for the visual arts and education led him to create video documentaries of the commissions he had received. This led to a greater desire for documentary film making. He has since produced several documentaries including â€œKevin Brock - Touching the Creatorâ€ and â€œHooppath Hooping Instructor Jonathan Baxterâ€.
To see Enrique Vega's full profile (including skills, experience and contact information), you'll need to be logged in as a Professional.
Join or Log in