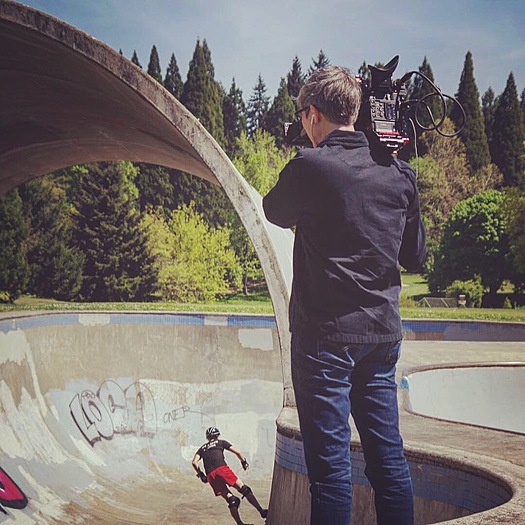 Courtney Hermann is an independent documentary filmmaker, a non-fiction media producer, and an Assistant Professor of Film at Portland State University,

Her most recent independent films include the short work BURTON BEFORE AND AFTER (2017), the broadcast-length documentaries CRYING EARTH RISE UP (2015) and STANDING SILENT NATION (2007), and the feature-length documentary EXOTIC WORLD AND THE BURLESQUE REVIVAL (2012). Courtney works with non-profit and government organizations to produce oral history projects, identity pieces, branded media content, and fundraising appeals.

Courtney’s work has aired on PBS, including on its Emmy-award winning documentary series POV, has been favorably reviewed by The New York Times, has been featured at the dOCUMENTA contemporary art exhibition in Kassel, Germany, has screened in numerous film festivals, is in distribution on DVD/BD and online, and shows in conjunction with outreach initiatives by community partners.

Courtney earned an MFA degree in Film and Video Production from Columbia College Chicago, where she studied with Michael Rabiger and Herb DiGioia.