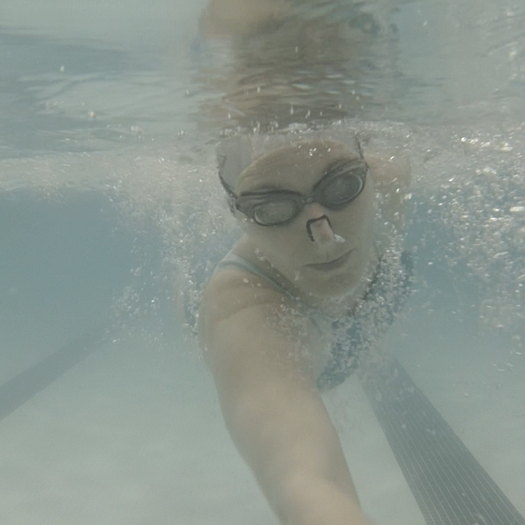 Born in France, Charlotte Lagarde ’s work has aired on PBS series POV and Independent lens, the Sundance Channel, HBO and Canal + and been part of a show at Mass MOCA. Her love of the ocean has led her to document magnificent women surfers in her award-winning short films ZEUF and SWELL. The feature-length documentary she directed about the Hawaiian surfing legend, Rell Sunn, HEART OF THE SEA, was broadcast in over 30 countries and won numerous awards including the 2003 PBS Independent Lens Audience Award and Best Documentary Award at the Ashland Independent Film Festival. As a 2016 Camargo Foundation Fellow, Lagarde will be developing an essay film  DEAR ZEUF, exploring her relationship to the sea further.

Lagarde currently has a video on view, Jen Bervin’s Silk Poems, in the exhibition Explode Every Day: an Inquiry into the Phenomena of Wonder at MASS MoCA through April 2017. Bervin and Lagarde are collaborating on an upcoming project in Suzhou, China, titled Su-Hui’s Reversible Poem.

She lives with her wife and dog near The Thimbles on the Long Island Sound.