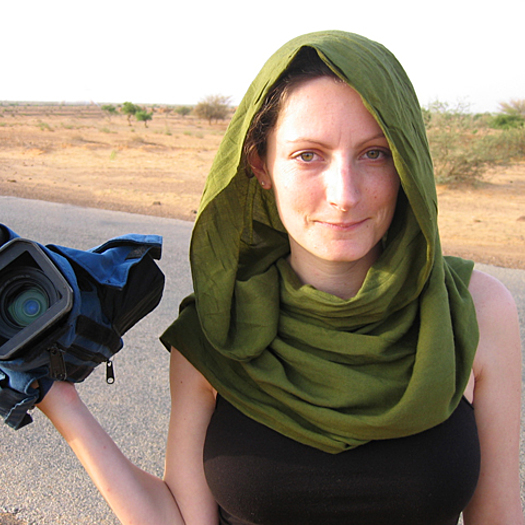 After graduating from Fordham University in New York, I have worked for 5 years in the USA as camerawoman and editor of trailers, short films, documentaries.
From 2006 to 2009 I lived in Niger, West Africa, where I directed, shot and edited several corporate videos for clients like Veolia, the French Development Agency, various NGOs and associations.
In 2008 I directed and edited "At the center of the earth, of wells and men", a 20-minute self-produced documentary about the traditional well-diggers of the Sahel. The film screened in many international festivals and won several awards (Golden Giraffe in FIFEN Niamey 2008, Selection Regards Africa at the 2009 Clermont-Ferrand Festival, Goutte d'Or in Istanbul IWFE 2009, Best Short film CinemAmbiente Turin 2009 ...).
Based in Brittany since 2010, I keep on working as an editor, cameraperson and director; and develop several documentary projects.