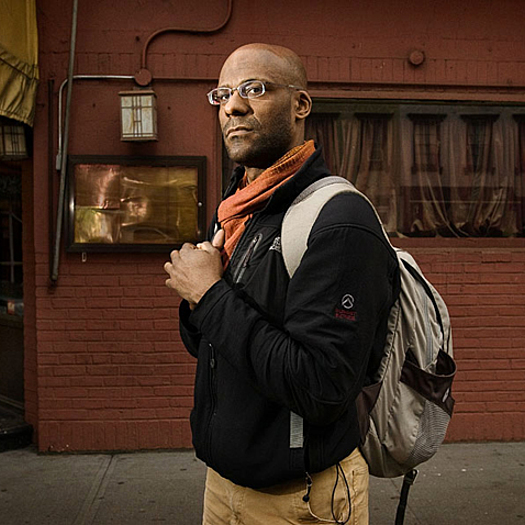 I am a documentary photographer and filmmaker, journalist, and educator currently living in Richmond, Virginia. I moved here in 2013 with me wife and coproducer Erin Hollaway Palmer to complete Make the Ground Talk. Make the Ground Talk brings to life a historic black community in Virginia uprooted during World War II to build a naval base, Camp Peary. My great-grandfather, a slave who escaped and became a Union soldier, is buried on that base. The doc uncovers his story and also the larger story of the community he, his family, and his neighbors created only for it to be displaced and nearly erased to build Camp Peary, now a top-secret CIA facility. I was awarded a Ford Foundation grant in 2008 to complete Full Disclosure (2009), a feature-length documentary edited by Adam Bolt about my three Iraq embeds with a U.S. Marine infantry unit. It aired on The Documentary Channel in 2010 and screened at numerous film festivals. It is distributed by Amazon. I received a grant from the Virginia Foundation of the Humanities in 2013 for Make the Ground Talk. In April 2014, I completed a fellowship at the Colonial Williamsburg Foundationâ€™s John D. Rockefeller, Jr. Library to do research for the documentary.
To see Brian Palmer's full profile (including skills, experience and contact information), you'll need to be logged in as a Professional.
Join or Log in