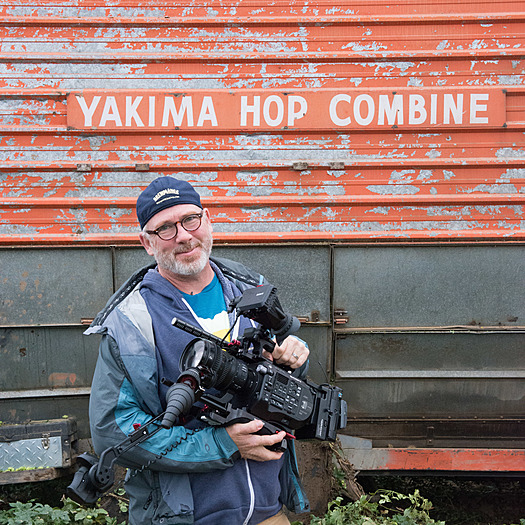 Christo Brock is an American Producer, Director, and Editor best known for the iconinc swim documentary Touch the Wall, the sports films Spirit of the Marathon and Hood to Coast, and the craft beer documentary Brewmance.

After earning a degree in drama from Dartmouth College, Christo continued his graduate work in film production from the University of Southern California’s School of Cinematic Arts.  While there he studied editing with Kate Amend and directing under Mark Harris, among others.

After USC Christo was Associate Producer on Mark Harris’ Academy Award winning documentary The Long Way Home. As director Christo has been nominated for a James Beard award for the Food Network show Into the Fire: Trio.  Other directing experiences include Revelation 666 for FX, a documentary feature about living in a red state entitled Living Liberal … in Kansas, and the iconic swim film Touch the Wall.

As editor Christo cut together fiction features Blunt and Memphis Bound and Gagged and documentaries Boobs: An American Obsession, Living Liberal in Kansas, Spirit of the Marathon, and Hood to Coast.  Christo has had extensive experience in television working as producer, director, and editor.

While working on Touch the Wall Christo developed system of independent production and distribution that involved crowdfunding, on-demand theatrical distribution, and direct audience interaction.  A story about Olympic swimmers Missy Franklin and Kara Lynn Joyce, Touch the Wall had more than 500 screenings nationwide with an 80% sell-out rate.  The film went on to screen on Oprah’s Winfrey’s OWN network and is available on iTunes, Amazon, and Netflix.

The upcoming craft beer film Brewmance employs much of the same thinking Christo developed for Touch the Wall.  Brewmance follows three sets of accomplished home brewers who are looking to open their own breweries in the port town of Long Beach, California.  The film is scheduled to debut in 2018.

Christo lives with this wife, son, and crazy cats in Long Beach, California.