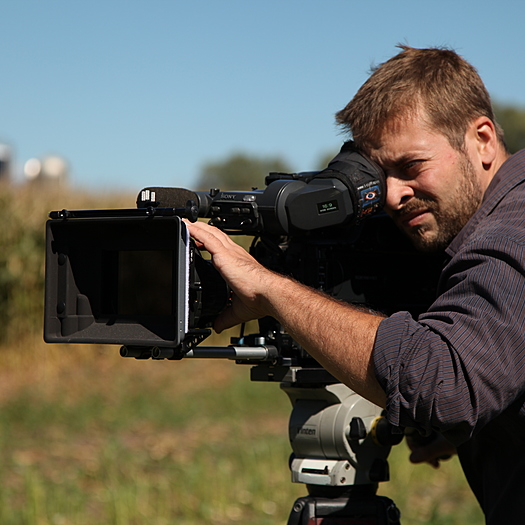 I have been involved in the film and television industry as a producer/field producer, director, director of photography/camera operator, editor, and writer for over 19 years.  I am active in a variety of freelance video projects, as well as productions through LeftEffect Media, something I created in 2010.

LeftEffect Media, LLC is a company founded on the want and need to work with others that like to challenge themselves creatively.
Brian is a collaborator first and foremost.

He has experience shooting, producing, writing, and directing commercials, documentaries and TV shows.

Brian is mainly focusing on camera operating while staying up-to-date with the latest cameras working as an assistant camera and DIT/data wrangler. Documentaries filmmaking is his passion.

A still photographer since getting his hands on his mother's vintage
Vivitar 250/SL camera.
​
Brian has taught 16 different courses at Madison Media Institute from 2008-2013.

Brian has earned awards including several Telly Awards, WCCA Award, MadFed Addy, CAB Award, and an AHECTA Award.
​
​In 2011, Brian collaborated with Outrigger3 and directed the animation "Statisticks" for the United Way of Lake County, quickly became one of TED Talks top "Ads Worth Spreading."

Brian is supported by his lovely partner, Galina and their three children - 4, 12 and 13 years of age.

To see Brian W Alberth's full profile (including skills, experience and contact information), you'll need to be logged in as a Professional.
Join or Log in