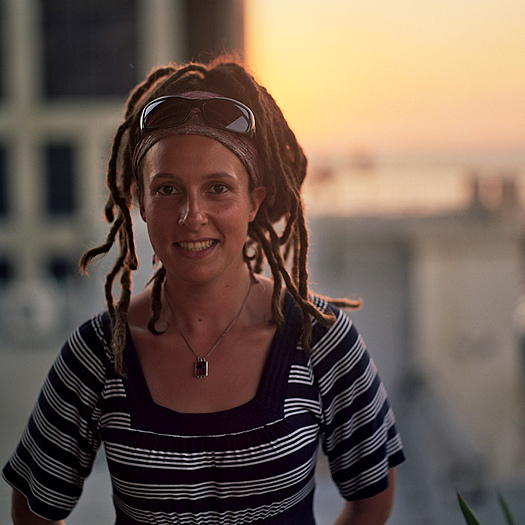 Anna is a science/travel writer and documentary filmmaker who is currently pursuing her Ph.D. at MIT in the STS (Science, Technology, and Society) Program, where she is studying the social, ethical and legal implications of neuroscience advances. She graduated from MIT in 2007 with two Bachelorsâ€™ of Science degrees, one in Brain and Cognitive Science and the other in Humanities and Science with a focus in Writing. Afterwards, she was selected as a 2007-2008 filmmaker-in-residence at WGBH for Unorthodox. Her writing has appeared in numerous outlets, including Maxim, Budget Travel, Unpious, and has been anthologized in outlets such as Best Travel Writing 2012 (Vo. 9) and Best Womenâ€™s Travel Writing 2011. She co-directed, co-produced, co-edited, and co-wrote Unorthodox (2013), a feature-length documentary that follows three rebellious Orthodox Jewish high school teenagers through a post-high school year in Israel. For more: www.annawexler.com www.unorthodoxmovie.com
To see Anna Wexler's full profile (including skills, experience and contact information), you'll need to be logged in as a Professional.
Join or Log in