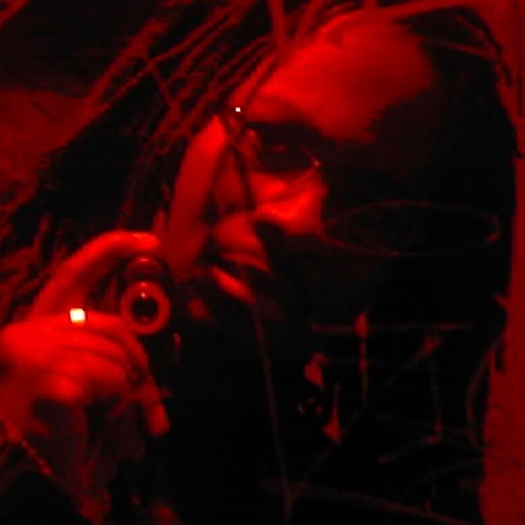 Art Jones is an image/sound manipulator working with film, digital video and hybrid media. His films/videos, CD-ROMs, live audio/video mixes, and installations often concern the inter-relationships between popular music, visual culture, history and power. His work makes extensive use of popular music and mainstream media culture as raw material to be sampled and re-combined in order to examine implicit meanings or suggest new ones. Working with a particular genre or mode, the work seeks to explore, destroy or re-orient the conventions of "the media." As a VJ he has performed with a variety of musicians and artists, including Soundlab, DJ Spooky That Subliminal Kid, Amiri Baraka, Femmes with Fatal Breaks, and Anti-Pop Consortium. He is a current member of the ITEL Media group and a former member of the Not Channel Zero television collective. Jones' work studies the ways in which images are presented reinforce and shape mainstream ideology. Jones' tapes and performances characteristically use high powered collages set to the rhythm and beat of popular music to deconstruct the language and form of commercial music. He works in a variety of old and new media interfaces and continues to show and perform at various locations in the US and abroad. He is from the Bronx, New York, and lives and works in New York City and elsewhere.
To see Art Jones's full profile (including skills, experience and contact information), you'll need to be logged in as a Professional.
Join or Log in