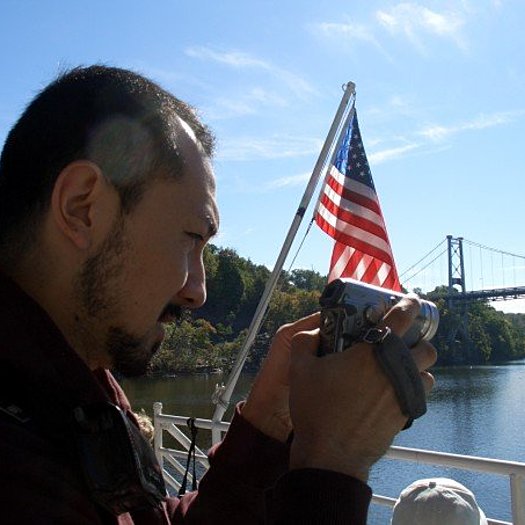 Konrad Aderer is a documentary filmmaker and video journalist based in New York City. Konrad’s independent documentaries (lifeorliberty.org) have focused on resistance arising in immigrant communities targeted by “national security” detention and profiling. Konrad has recently completed the feature documentary RESISTANCE AT TULE LAKE, which is available on First Run Features (consumer) and Third World Newsreel (educational) after national broadcast on PBS broadcast in Spring 2018. Konrad's 2011 feature documentary ENEMY ALIEN, on the fight to free a post-9/11 detainee, was honored with a Courage in Media Award from Council for American Islamic Relations (CAIR). He has received grants from the Center for Asian American Media, New York State Council of the Arts, National Park Service, and other funders. His 2005 short RISING UP: THE ALAMS screened internationally and in the U.S. at venues including Brooklyn Academy of Music and the New York Museum of Modern Arts Documentary Fortnight. By a twist of fate in August 2005, Konrad found himself in his father's Gulf Coast house with his brothers in the direct path of Hurricane Katrina, an experience he documented in his first personal work, A CORNER OF HER EYE, available on Amazon. "This amazing footage provides a strong narrative structure...The brothers provide choice insights on dad's use of Hurricane Katrina as part of his larger Psyops training program for his sons." -- Amy Wolf, The Indypendent