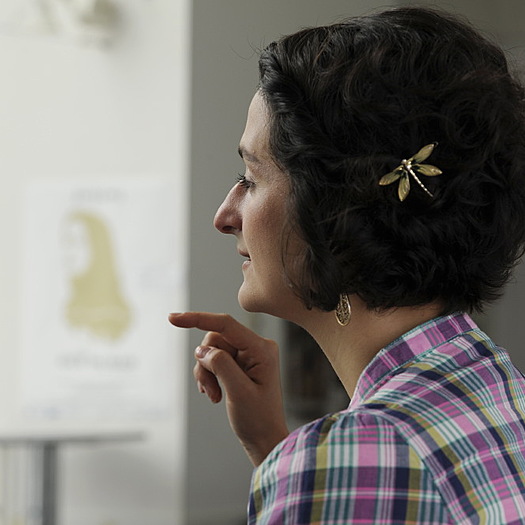 FATIMA GEZA ABDOLLAHYAN was born in Frankfurt, Germany. Her parents are from Iran. From 1996 to 2000, Fatima studied political science in France and Germany. 2001 she graduated from the Westminster University London with a Master of Arts in International Relations. The same year, she took up her studies at the documentary department of the University of Television and Film Munich. During her studies, Fatima gained a broad range of working experience in the realm of media: from an internship at Interpolâ€™s PR department, through working for local TV in France, to getting a taste of print and radio back in Germany - finally concentrating on television and film. In the summer of 2005, right after the election of Iranâ€™s new President Ahmadinejad, Fatima started working for the correspondentâ€™s office of the German channel ZDF in Tehran, Iran for six months. On her return to Germany, she started her project KICK IN IRAN. The film celebrated its World Premiere at Sundance 2010 as part of the International Documentary Competition. From 2004 onwards, she has been personal coordinator to the director of the Filmfest Munich. Recently, she hosted a series of documentary portraits â€žHeimatbilderâ€œ, which will be broadcast by the German educational channel BR alpha/ARD, starting April 2010. Her films include (selection): Notes for the mind (2002) short doc, Staying or leaving (2005) short doc, Dear Terrorist â€“ How to be a Muslim in the States (2008) short doc, Kick in Iran (2009) feature doc.
To see Fatima Geza Abdollahyan's full profile (including skills, experience and contact information), you'll need to be logged in as a Professional.
Join or Log in