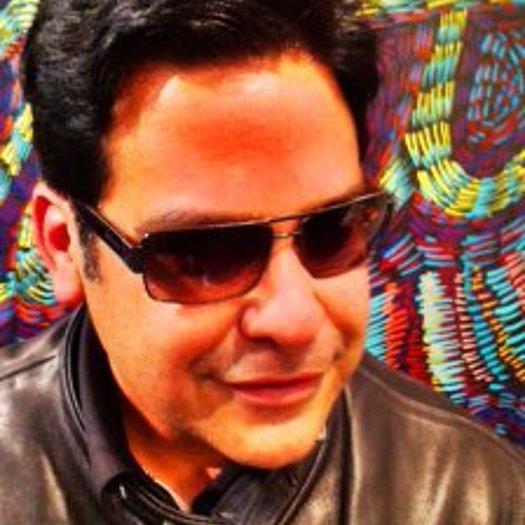 A classically-trained actor, documentary filmmaker, and educator, Robert Adanto earned his MFA at NYU's Graduate Acting Program, where he studied under Ron Van Lieu, the current Lloyd Richards Professor and Chair of the Yale School of Drama. Mr. Adanto credits Van Lieu for influencing his unique approach towards creating a compelling and multi-layered narrative. The Rising Tide (2008), Adanto's debut feature-length documentary, explored Chinaâ€™s meteoric march towards the future via the works of some of the Middle Kingdom's most talented photographers and video artists, including the celebrated Wang Qingsong, Cao Fei, Xu Zhen, Yang Yong, Chen Qiulin, BirdHead, and O Zhang. Shot in Beijing, Shanghai, Guangzhou, and Shenzhen in the summer of 2006, this unflinching and incisive study captures the confusion and ambiguity that characterize the new China. â€œAn often surprising and thought-provoking documentary,â€ wrote WICNâ€™s Mark Lynch, â€œThe rest of us better make an effort to grasp what their work is about, or get out of the way. An â€œeye-openerâ€ in every sense of the word, if you are an artist, curator or art teacher be sure to catch this film.â€ Richard Vine, Senior Editor, Art In America and author of New China, New Art wrote, "If you want a living sense of Chinaâ€™s contemporary art sceneâ€”and the artists who are shaking it upâ€”check out Robert Adantoâ€™s The Rising Tide. It reveals some of the brightest and best new talents, capturing their works, their words, and their faces amid a swiftly changing environment." The film premiered at the UK's China Now! Festival as part of Constant Stream: China 08 at the Royal College of Art Helen Hamlyn Centre in London, where it screened with a film by acclaimed Chinese director Jia Zhangke. The film has also enjoyed screenings at The Hammer Museum, The Smithsonian Institution's Hirshhorn Museum and Sculpture Garden in Washington DC, The National Center for Contemporary Art in Moscow, The Worcester Art Museum, and The Patricia & Phillip Frost Art Museum in Miami. The film was also featured at The Royal Ontario Museum in Toronto, screening in conjunction with Shanghai Kaleidoscope, an exhibition curated by Christopher Phillips of the International Center for Photography in NY, and was an Official Selection of The Cape Winelands Film Festival in Cape Town, South Africa. In May of 2009, the film screened in association with Mahjong: Contemporary Chinese Art from the Sigg Collection at the Peabody-Essex Museum in Salem, MA, and later that month Mr. Adanto was a participant in Backroom Conversations presented by Asia Art Archive at ArtHK09. In June 2009, the film was screened in conjunction with The China Project at The Queensland Art Gallery of Modern Art in Brisbane, Australia, and The Works Art and Design Festival in Edmonton, Alberta. In October of 2009, the film screened in association with Reversed Images: Representations of Shanghai and Its Contemporary Material Culture at The Museum of Contemporary Photography in Chicago and at the Schirn Kunsthalle in Frankfurt, in conjunction with Art for the Millions: 100 Sculptures from the Mao Era. The film recently screened at the Los Angeles Art Show and in conjunction with Cao Fei's RMB City Opera at The Nelson-Atkins Museum of Art in Kansas City, Kansas. In addition to these screening at museums, art fairs, and film festivals, The Rising Tide has screened at Harvard University, Yale University's Council on East Asian Studies, The Wellesley College Department of East Asian Studies, The UCLA International Institute, USC School of Cinematic Arts, The Kansas City Art Institute, and San Francisco Art Institute. Robert Adanto's Pearls on the Ocean Floor (2010) is a thought-provoking, feature-length documentary examining the lives and works of Iranian female artists living and working in and outside the Islamic Republic. It features interviews with art luminaries Shirin Neshat, Shadi Ghadirian, Parastou Forouhar, and an all-female cast of leading visual artists, capturing the uncertainty of this momentous time in Iran's history. Speaking with grace and honesty, these brave women express what is seldom seen in the western media: unique individual perspectives regarding issues of identity, gender, and the role that art plays in challenging the traditional stereotypes often associated with women in Iran. Mr. Adanto was an Official Selection at the Glasgow International Film Festival, The UK Iranian Film Festival in London, The New Orleans Middle East Film Festival, The Petaluma International Film Festival and Pearls on the Ocean Floor has enjoyed screenings LACMA, The Museum Fine Arts, Boston, The San Francisco Art Institute, The Smithsonian Institution, Pacific Design Center (Los Angeles), Orange County Museum of Arts, The Bowers Museum, and The University of London's School of Oriental and African Studies. www.pearlsontheoceanfloor.com
To see Robert Adanto's full profile (including skills, experience and contact information), you'll need to be logged in as a Professional.
Join or Log in