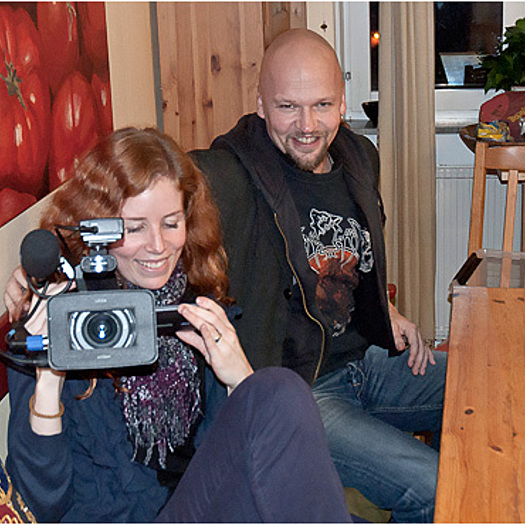 Renzo is working with his wife Hanna making several new documentaries at Reality Film. One of the documentaries so far has a broadcast agreement with Swedish television. The documentaries under production are about people who go further than usual to create a better life, the perfect body, find love, develop themselves and more. Renzo AnerÃ¶d has made four earlier documentaries: Under the dark sky of the nation Children of islam I don't wanna live this life Patriot for life - Invited to Miami International film festival to compete in World documentary competition with the film "Under the dark sky of the nation. The film was also winner of audience award in GÃ¤vle, Sweden and it was nominated to the golden dragon at the Gothenburg international film festival. - "DeREEL Independent Film Festival. Australia" Best documentary 2008 "Children of Islam". - "ABF Gothenburg culture prize. 2008. - "Silver pocket" for "Vildsvinet" (novel). 2009. - "I don't wanna live this life" official selection at the IDFA, Amsterdam. - "Gothenburg city culture award" 2010. - "Royal cinema friends" award 2010.
To see Renzo AnerÃ¶d's full profile (including skills, experience and contact information), you'll need to be logged in as a Professional.
Join or Log in