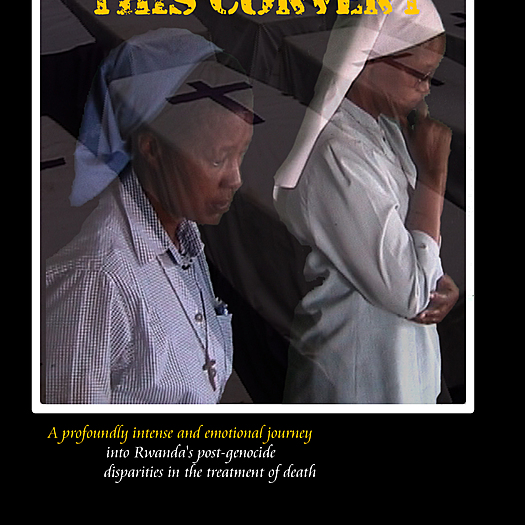 Gilbert Ndahayo is a genocide survivor and independent filmmaker based in New York. His debut short narrative Scars of My Days (2006, 30 min) premiered at Tribeca film festival in 2007 in the presence of an audience that included former US President Bill Clinton, Rwandan President Paul Kagame and Hollywood celebrities namely Robert DeNiro, Whoopi Goldberg and Everybody Loves Raymondâ€™s producers Jane Rosenthal. Ndahayo directed and produced Behind This Convent (2008, 55 min) and Rwanda: Beyond The Deadly Pit (2010, 100 min) â€“ acclaimed first non-fiction films ever made by a survivor of the genocide against Tutsis in Rwanda. Behind This Convent went on to win Verona Award for Best African Film and Signis Commendation for Best documentary film at Zanzibar International Film Festival. Rwanda: Beyond The Deadly Pit received distribution grant from Paul Robeson Fund for Independent Media and has been subject of scholarly scrutiny in two Routledgeâ€™s publication: Contemporary French and Francophone studies, Volume 14, Issue 5 2010 under the title "The Pertinence of Impertinent Storytelling in Gilbert Ndahayo's documentary Rwanda: Beyond the Deadly" and "AFI Film Readers Documentary Testimonies: Global Archives of suffering in the section of Mediating genocide: producing digital survivor testimony in Rwanda." In addition to filmmaking, Ndahayo worked for five years as writer and editor for BaobabConnections, an Afro-Dutch online magazine on globalization. He studied History and English at Kigali Institute of Education in Rwanda and is pursuing masters in fine arts at Columbia University in New York City. Ndahayo is one of the pioneers of Hillywood cinema movement in his country torn by war and genocide. He is the owner of Rwanda: The Movie, an independent film company registered in New York dedicated, among other things, to providing services to American and European film producers who travel to Africa to make films there. His clients include Academy award nominees Katja Esson, director of Poetry of Resilience, Iara Lee, director of Cultures of Resistance and Mr Roger Spottiswoode, the director of Shake Hands With The Devil, which is the 2007 filmic adaptation of Lt. Gen. Romeo Dallaire's Memoir entitled: Shake Hands With the Devil â€” The Failure of Humanity in Rwanda, published in 2004. Romeo Dallaire served as UN Force Commander in Rwanda from 1993 to 1994. Ndahayo was the producer of the 2010 Spanish Academic Award winning documentary â€œFlores de Ruandaâ€ and contributed with footage from Uganda to the global snapshot portrait feature YouTube documentary produced by Ridley Scott â€œLife In A Dayâ€ (Sundance premiere 2011) directed by the legendary filmmaker Kevin MacDonald.
To see Gilbert Ndahayo's full profile (including skills, experience and contact information), you'll need to be logged in as a Professional.
Join or Log in